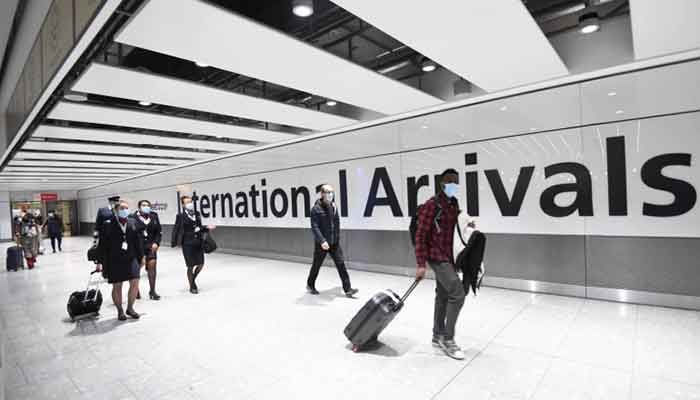 ﻿Australia said on Friday that it would require all foreign travelers to screen COVID-19 negatively before boarding the plane, as the city of Brisbane prepared for a three-day lockdown after confirming a patient with a highly infectious virus variant first identified in the United Kingdom.

Negative tests and lockdowns were required to avoid the spread of the variant, Prime Minister Scott Morrison said on Friday, reports AL JAZEERA.

“I know they will be some in Brisbane today asking ‘why is this necessary? There is only one case’. Well, this isn’t any ordinary case. This is a very special case and one that requires us to treat things quite differently,” Morrison told reporters.

Last March, the country closed its borders to non-citizens and already needs all foreign visitors to complete a two-week hotel quarantine at their own expense. More than 6,000 people are allowed to enter the country every week.

All arrivals into Australia have to complete two weeks of quarantine in a hotel at their expense and the country’s borders have been closed to non-citizens since March [File: Scott Barbour/EPA]

“If we are going to stop the spread of this infectious strain, this UK strain, we must act immediately,” Queensland Premier Annastacia Palaszczuk told the media as she announced the lockdown for the city and its suburbs. “If we do not do this now, it could end up being a 30-day lockdown.”

The restrictions are due to come into effect at 6pm local time (08:00 GMT).

After a surge in cases linked to the new variant, the UK has plummeted back into lockdown this week, raising fears that the health system will be overwhelmed.

On Friday, the government announced that individuals arriving in England will also need to present a negative COVID-19 test result on arrival next week by boat, plane or train, mirroring steps already taken by several other countries.

Passengers will have to take a test up to 72 hours before departure.

“We already have significant measures in place to prevent imported cases of COVID-19, but with new strains of the virus developing internationally we must take further precautions,” Transport Secretary Grant Shapps said in a statement.

A ban on travellers from South Africa, where the discovery of another variant of the virus has raised alarm, has also been extended to a number of other countries in southern Africa.

The testing provision has some exemptions, but those who fail to comply will face a fine of 500 British pounds ($678.30).

The UK needs passengers to self-isolate for 10 days from several countries, or five if they pay for a private test and it turns out negative. After the current pre-departure testing regulation comes into effect, certain conditions will stay in place.

Al Jazeera’s Jonah Hull, reporting from London, said UK officials were now “desperate to keep the South African strain out of the country” but would face criticism from some quarters for not acting sooner on testing arrivals.

“Is it too late? Well yes, of course, there will be a lot of people who will say it is many months too late, as a number of other countries have had these sorts of measures in place for a long time now,” he said.

“But for the moment there is a virus and a variant in this country that appears to be out of control.

“Hospitals admissions are at record levels and there are dire warnings about the state of the National Health Service … so they have to do what they have to do.”

The UK government was working with the devolved administrations of Scotland, Wales and Northern Ireland, which have control over their transport policy, to roll out similar measures.

The new rule would not apply to the Common Travel Area which includes England, Scotland, Wales, Northern Ireland and Ireland as well as the Channel Islands and the Isle of Man.

Authorities believe the new coronavirus variant discovered in the UK, which was first identified in the country in December, is between 50 percent and 70 percent more transmissible.