US Ends Curbs on Official American Contacts with Taiwan: Pompeo 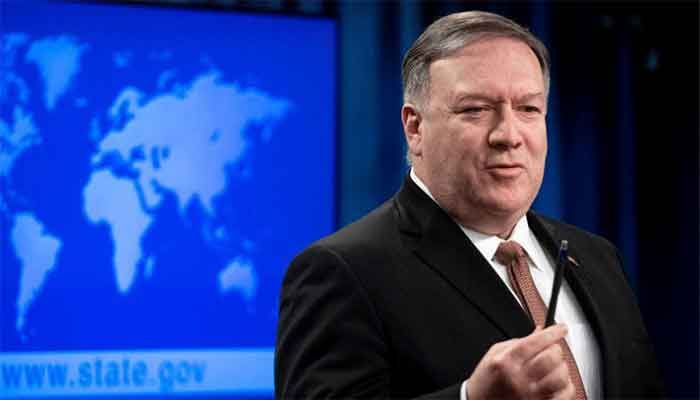 As Secretary of State Mike Pompeo said in a statement Saturday, the United States is ending decades-old restrictions restricting official contacts with Taiwan.

He said the "complex internal restrictions" on contacts with Taipei by diplomats, service members and others had been imposed "in an attempt to appease the Communist regime in Beijing."

The declaration may be more symbolic than functional in effect, but China, which sees Taiwan as its own territory, nevertheless seems certain of its indignation.

It comes in the Donald Trump administration's final weeks, and at a time of tensions between Beijing and both Washington and Taipei that have already been heightened.

It was not clear what the change means in practice, with Pompeo saying executive branch communications with Taiwan will be handled by the American Institute in Taiwan (AIT), which is owned by the US government and serves as the de facto embassy.

The shift comes after a year of mounting US-Chinese tensions.

Trump has sent multiple senior officials to Taipei over the last year, even as he clashed with China on a host of issues, ranging from its handling of the coronavirus pandemic to disputes over trade, security and human rights.

Pompeo's statement also came just two days after China warned the United States it would pay a "heavy price" if its United Nations ambassador, Kelly Craft, made good on plans to travel to Taiwan on Wednesday.

Craft's scheduled three-day visit will come just a week before Joe Biden's inauguration as US president, adding to a string of diplomatic headaches facing the incoming administration.

"The United States will pay a heavy price for its wrong action," the Chinese mission to the UN said in a statement responding to Craft's planned trip.

An American statement said Craft's visit, which Taiwan has officially welcomed, would "reinforce the US government's strong and ongoing support for Taiwan's international space."

The AIT was founded in 1979, when the United States extended diplomatic recognition to mainland China under a historic agreement requiring it to end formal recognition of Taiwan.

But Washington remains Taipei's staunch ally and is bound by Congress to sell self-defense weapons to it. It opposes any attempt by force to modify Taiwan's current status.

In the past year, military tensions have grown sharper between mainland China and Taiwan — hitting their worst since the mid-1990s, some analysts claim.

Beijing's animosity has increased dramatically since Tsai Ing-wen won election as Taiwan's president in 2016; she rejects Beijing's insistence that the island is part of "one China."