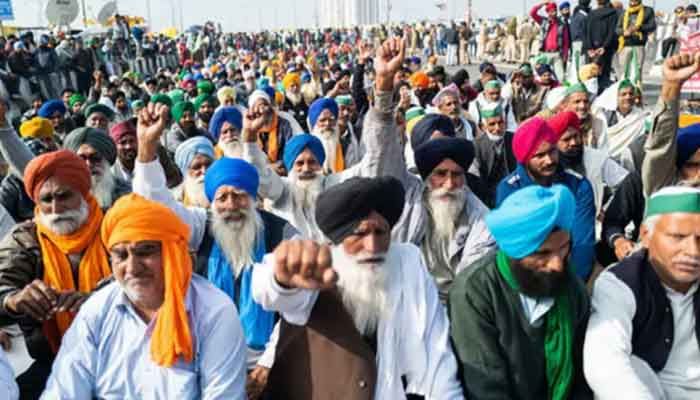 The Central Government is planning to scale up the digital online platform, Kisan e-mart, which allows farmers to directly sell their produce to private buyers, even as the deadlock over the three new agricultural laws continues.

The pilot, which is currently active in Uttar Pradesh, Bihar, Jharkhand, Maharashtra and Haryana, will now be extended to Karnataka, Andhra Pradesh, Tripura, Gujarat and Telangana, according to people who are familiar with the matter, reports NDTV.

The Kisan e-mart is a partnership between Agri10x and the Common Services Centre (CSC) scheme, which operates under the Digital India project of the Ministry of Electronics and Information Technology. Nearly 375,000 CSCs are functional at the panchayat-level across India. Farmers are allowed to register at the CSC and after their KYC is completed, they can sell produce online without the hassle of having to transport it.

According to Pankaj Ghode, CEO of Agri10x, nearly 500,000 farmers are registered on the portal, which provides them access to 5,000 buyers. The buyers include major grocery retailers such as Big Basket, Reliance Fresh, Ninja Kart, Venky's and Haldiram's.

The online platform provides direct access to buyers, doing away with mandis. This has been a major point of contention for the farmers under the new farm laws. Farmers have been demanding a repeal of the laws as they say the legislations will hurt their livelihoods. While the government has agreed to set up a committee to look into the law, it has stayed firm on not repealing them despite several rounds of talks with the farmers.

"The buyers offer the farmers their prices and they can choose who to sell the produce to," said an official on the condition of anonymity. "The farmer gets a chance to assess which is a better and fairer price."

The ambit of the platform, which has been functional for over six months now, was slated to be expanded earlier but was delayed due to the new farm legislations, the official added.

Ghode said that the aim is to make Kisan e-mart functional across 28 states over the next three years, but for now expansion would take place in the states mentioned. "It is a simple concept. The farmer can avoid the cost of transportation, effectively allowing him/her to make more money by using the platform," he said. "The scheme has been a major success."

According to the government official mentioned above, feedback on the functioning of the e-mart has also been reviewed by the government. Among the areas identified for improvement is the need to create a higher level of trust with farmers.

"The farmers feel that if they use the online platform, there is no guarantee that the buyer will purchase from them again," the official said on the condition of anonymity. "We are trying to spread more awareness to address this concern."

Another issue is regarding the quality of the produce. While at present, the quality is determined digital using a software to analyse the photographs, a system of physical inspection may be in the offing.

"There is a need to put in place a mechanism for sorting and grading the produce," the official said. "All concerns will be evaluated and addressed."