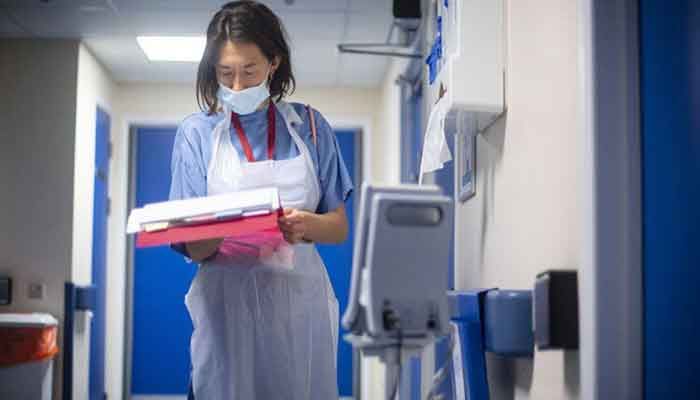 A further 1,610 people have died in the UK within 28 days of a positive Covid test - the biggest figure reported in a single day since the pandemic began, reports BBC.

It means the total number of deaths by that measure is now above 90,000.

According to the latest government figures, a total of 4,266,577 people have already received the first dose of the vaccine.

It is the lowest number of daily cases seen since 27 December - before the start of England's third nationwide lockdown.

Dr Yvonne Doyle, medical director at Public Health England, said: "Whilst there are some early signs that show our sacrifices are working, we must continue to strictly abide by the measures in place."

She said reducing contact with others and staying at home will lead to "a fall in the number of infections over time".

The figures come as new estimates from the Office for National Statistics show that one in 10 individuals tested positive for Covid-19 antibodies in the United Kingdom in December - about double the amount in October.

On Monday, Prof Stephen Powis, national medical director for NHS England, said it would be "some time" before the vaccination programme begins to reduce pressures on hospitals.

And in other developments, after being alerted by the UK's NHS Covid-19 app, Health Secretary Matt Hancock has said he is self-isolating. He was in close touch with someone who tested positive.

He said self-isolation was "perhaps the most important part of all the social distancing" and urged others to do the same if contacted.

The previous highest number of daily deaths was last Wednesday when 1,564 deaths were recorded.

Tuesday's figure brings the total number of deaths recorded during the pandemic in the UK to 91,470.

These government figures count people who died after testing positive within 28 days, although there are other ways to calculate the overall number of deaths.

Another strategy is to count all deaths on the death certificate where the coronavirus is listed. The number has now reached 95,829 officially, but that is only measured until 8 January.

The UK has recorded the fifth-highest number of deaths globally, according to Johns Hopkins University - behind the US, Brazil, India and Mexico.