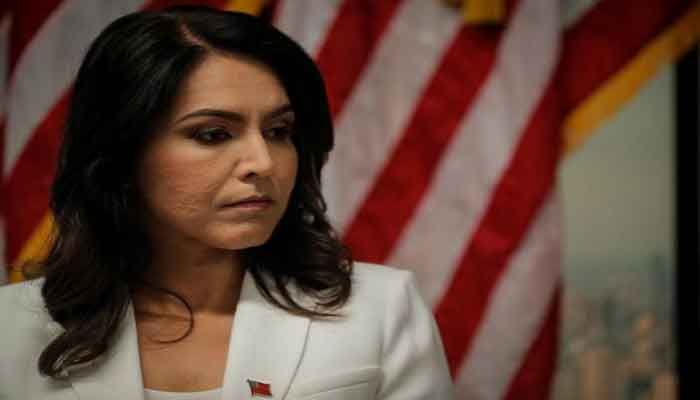 ﻿﻿Tulsi Gabbard, a former US congresswoman and Democratic candidate for president, has misquoted the Liberation War of Bangladesh and the religious persecution in the country.

In a video message posted on Twitter on Friday, she allegedly made some baseless claims and allegations against Bangladesh.

According to Gabbard, Hindus in Bangladesh were subjected to religious persecution, which was a continuation of the persecution carried out by the Pakistan Army in 1971.

Taking to Twitter, Tulsi said: "The height of this persecution began 50 years ago, when the Pakistani army systematically murdered, raped and drove from their homes, millions of Bengali Hindus because of their religion and ethnicity. March 25th, 1971 was the beginning of the systematic targeting of Hindus in Bangladesh by the Pakistani military."

She Continued,  "It began in Hindu neighbourhoods and villages, first at Jagannath Hall, which was a Hindu dormitory in Dhaka University, where 5,000 to 10,000 people were killed on that first night alone. This genocidal campaign continued for 10 months, resulting in two to three million people killed," she claimed.

Tulsi Gabbard also talked about the current situation in Bangladesh and added, "Now the Islamist, not to be confused with Islam, the Islamist persecution of Hindus and other religious minorities in Bangladesh didn't end with Bangladesh's independence." She further said, "That campaign continues to this day with horrific targeted attacks, murders, homes being burned down and families who continue to be forced to flee. In the early 1900s Hindus made up roughly 33 per cent of the Bangladesh population. Because of this persistent Islamist campaign targeting Hindus, just 8 per cent of Bangladesh's population are Hindus today."

Tulsi further recalled how hundreds of thousands of women and girls raped and more than 10 million forced to flee their homes in 1971, reports ANI.

However, the facts remain that both Muslims and Hindus faced atrocities brought down by the Pakistani regime during the nine-month-long Liberation War.

She even quoted US Senator Ted Kennedy, who went to visit the Bangladeshi refugees at that time and said: "Nothing is more clear or more easily documented than the systematic campaign of terror and its genocidal consequences launched by the Pakistan army on the night of March 25th. Hardest hit have been the members of the Hindu community who have been robbed of their lands and shops, systematically slaughtered and in some places painted with yellow patches marked H."

Talking about the current situation in Bangladesh, Tulsi said: "Now the Islamist, not to be confused with Islam, the Islamist persecution of Hindus and other religious minorities in Bangladesh didn't end with Bangladesh's independence."

"That campaign continues to this day with horrific targeted attacks, murders, homes being burned down and families who continue to be forced to flee. In the early 1900s Hindus made up roughly 33% of the Bangladesh population. Because of this persistent Islamist campaign targeting Hindus, just 8% of Bangladesh's population are Hindus today," she said.

This claim is quite incomplete and somewhat ignorant. Yes, many, far too many Hindus have been forced to flee Bangladesh due to persecution, but to imply that's why the numbers have dropped from 33% to 8% is dishonest. There is also the Partition to account for.

Over the recent violence witnessed in Bangladesh, Tulsi said: "Just a few days ago in Bangladesh, hundreds of hard-line Islamist extremists attacked Hindu temples, destroyed a train, set fire to government buildings, the press club and the public buses, leaving dead and injured behind."

"Until the leaders of the United States and the world condemn and commit to defeating the Islamist exclusivist ideology, an ideology which holds that all non-Muslims and many so-called, quote-unquote heretical Muslims, need to be wiped from the face of the earth, enslaved or at the very least kept as second class citizens with the right to own land worship, openly, etc, like in Pakistan, the jihadist campaign of terror will continue throughout the world," she said.

The current government in Bangladesh is the most anti-Islamist government in the country’s history and has worked consistently to stem the tide of Islamism and protect minorities.