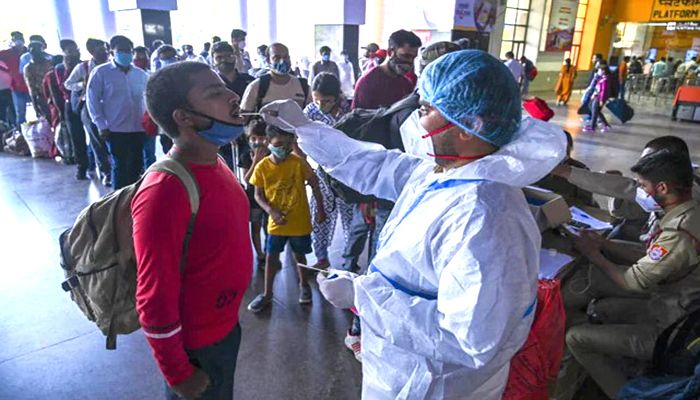 ﻿India posted 1,26,789 fresh Covid cases, setting another grim one-day record as the county battles the second wave of infections. 685 deaths in the last 24 hour pushed the total death count to 1,66,862.

The total number of cases since the first recorded infection in India in January last year now stands at over 1.29 crore, making it the third worst-hit country after the United States and Brazil.

Prime Minister Narendra Modi has called a meeting with all Chief Ministers today to discuss the measures to control the pandemic-triggered crisis.

In parts of Maharashtra, the country's worst-hit state, vaccination was halted last evening, reportedly because doses were unavailable. Satara and Panvel are among the districts that paused vaccinations. Pune shut over 100 vaccination centres because of shortage, Nationalist Congress Party (NCP) MP Supriya Sule tweeted.

In terms of the total caseload, Maharashtra is followed by the southern states of Kerala, Karnataka, Andhra Pradesh and Tamil Nadu.