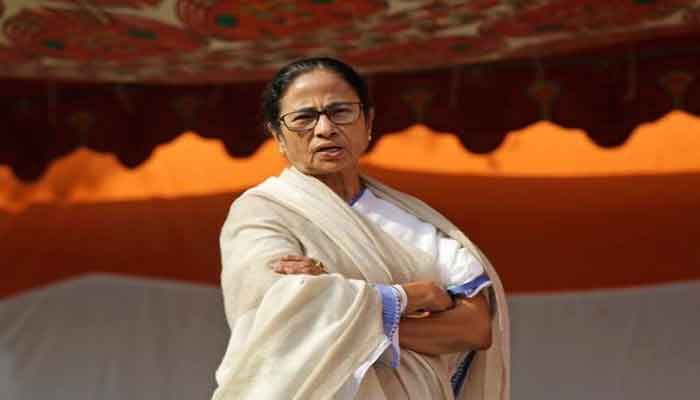 Trinamool supremo Mamata Banerjee will be sworn in as West Bengal chief minister for a third straight term today amid post-polls violence that left at least 12 people dead, reports agencies.

During the violence, rival political workers clashed, party offices were torched and homes looted, resulting in the deaths and prompting the Union home ministry and state governor to seek reports, reported Indian media.

Besides, Prime Minister Narendra Modi yesterday spoke to governor Jagdeep Dhankhar about the "alarmingly worrisome" law and order situation in West Bengal as the Bharatiya Janata Party (BJP) blamed the Trinamool Congress (TMC) for "unprecedented" post-election violence in the state.

BJP spokesman Sambit Patra, in New Delhi, said the situation in West Bengal had never been witnessed in India's electoral history and termed the situation "unbelievable".

The National Congress also condemned the post-polls violence saying such incidents were unacceptable and people of the state have not voted for lawlessness.

"The post-polls violence that has been unleashed by the TMC on the Congress workers is unacceptable. Even women and children are not spared. I'm sure the people of West Bengal did not vote for this lawlessness," said Congress West Bengal in-charge Jitin Prasada.

A BJP leader has appealed to the Supreme Court for a probe into the violence by the Central Bureau of Investigation (CBI). In his appeal, he said BJP workers were attacked and killed and women have been raped.

Killings of at least 12 people in the post-poll violence -- a figure that may be higher than the number of those killed during the month-long election.

The BJP announced that it will hold a nationwide dharna protesting the violence today. Party president JP Nadda will present at the programme in WB.

The TMC came to power for the third time in a row in West Bengal, pocketing 213 of the 292 Assembly seats that went to polls, while its main challenger, the BJP, bagged 77 seats.

On Monday, Mamata called on Governor Jagdeep Dhankhar at Raj Bhavan and resigned as the chief minister, as is the practice, before she would be administered the oath of office and secrecy again.

Senior TMC leader Partha Chatterjee said the newly elected MLAs would be sworn in on Thursday.

The oath-taking ceremony will be a low-key affair due to an unprecedented surge in Covid-19 cases. Sources said it will be a brief ceremony spanning 55 minutes.

"Taking note of communication @AITCofficial electing @MamataOfficial as leader of 17th WB Legislative Assembly have invited her to take oath of office of Chief Minister on May 5 at 10.45 am at Raj Bhawan. In view of current Covid situation function will be with limited audience," he tweeted.

Abhishek Banerjee, Prashant Kishor, Firhad Hakim are expected to be among the TMC leaders to accompany Mamata for the occasion.

In her address to the people yesterday, Mamata Banerjee appealed for calm and blamed the BJP for the violence.

"Bengal is a peace-loving place," said the chief minister.

"During the elections, there has been some heat and dust... The BJP did a lot of torture, also the CAPF. But I appeal to all for calm. Don't indulge in violence. If there is a dispute, inform the police about it. The police must manage law and order," she added.

Mamata accused the BJP of trying to create trouble in areas where they have won.

"This is BJP's propaganda. Some sporadic incidents are there, but it happens in every state. I am not justifying violence. BJP is trying to create communal clash, because of their shameful defeat," she said, insisting that she had been telling her supporters to stay indoors and not celebrate at all.

Separately, in an interview with NDTV, Mamata said the West Bengal election results have proved that the BJP can be defeated and people have shown the way.

"The BJP is a communal party, they are trouble-mongers, they use fake videos, they misuse their powers, they misuse agencies; they want to demolish federalism, bulldoze the federal character of the country."

But the firebrand politician, however, was cautious on the possibility of emerging as the opposition's candidate to take on Prime Minister Narendra Modi in 2024.

"You cannot decide on these things now. There has to be discussion...," she said leaving the possibility open.