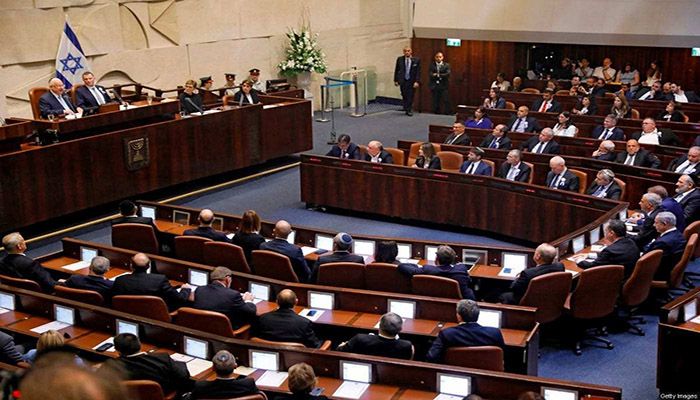 If the crunch vote hands a majority to the coalition, which is united only by hostility to Netanyahu’s rule, it would spell the end of an era.

﻿After weeks of political wrangling the Israeli parliament will vote Sunday on whether to install a “change” coalition and end Prime Minister Benjamin Netanyahu’s record 12 consecutive years in power.

Announcing the date for the confidence vote on Tuesday, speaker Yariv Levin, a Netanyahu ally, said “a special session of parliament” would debate and vote on the fragile eight-party alliance.

If the crunch vote hands a majority to the coalition, which is united only by hostility to Netanyahu’s rule, it would spell the end of an era.

The divisive incumbent has dominated Israeli politics for more than a decade, pushing it firmly to the right.

Since the coalition was announced last week, Netanyahu has lived up to his reputation as a ruthless political operator, piling pressure on right-wingers within its ranks to reject this “dangerous left-wing government”.

On paper it commands a wafer-thin majority, but Netanyahu has urged his supporters to shame right-wing lawmakers in its ranks into returning to the fold under his leadership.

If the new government is confirmed, Netanyahu’s right-wing opponent Naftali Bennett would serve as premier for two years, after which the “change” coalition’s centrist architect, Yair Lapid, would take over.

“The unity government is on the way and ready to work on behalf of all the people of Israel,” Lapid, a former television presenter, said in a statement following the announcement of the vote.
Source: AFP