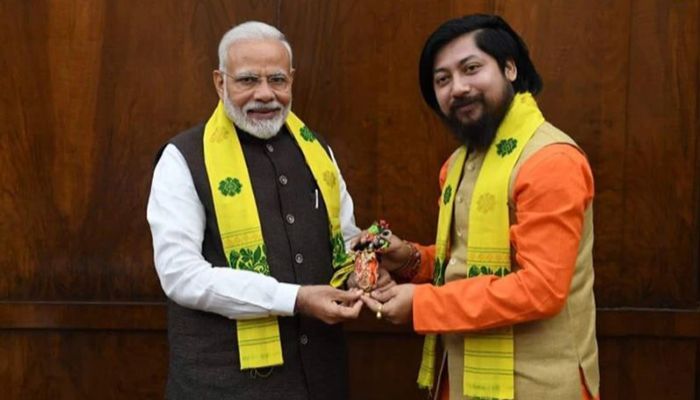 ﻿The Trinamool Congress on Monday alleged that newly inducted India's Minister of State for Home Affairs Nisith Pramanik is a Bangladeshi citizen. The party at a press conference in Delhi said they will not let Pramanik make any intervention in Parliament.

In an online press conference, Parliamentary party leader for Rajya Sabha Derek O’Brien said, “It would have been our pleasure to let PM Modi introduce his new Council of Ministers. But we did not because all Ministers have to be citizens of India. MOS Home Affairs is not. He is a citizen of Bangladesh.”

The TMC protested on the issue in both Houses.

He also pointed to a letter written by Congress’s Assam unit chief Ripun Bora to PM Modi detailing Pramanik’s citizenship. “As per the report published in a news channel, Nisith Pramanik is a Bangladeshi national. His birth place is Harinathpur, under Palasbari P.S., district Gaibandha of Bangladesh. He came to West Bengal for computer study and after taking degree he first joined the TMC and later the BJP and was elected MP from Cooch Behar,” Mr. Bora said in his letter.

Asked if Monday’s protest was a one-day affair, Mr. O’Brien said, “We will not let Pramanik answer any question or make any intervention on the floor of Parliament.”

He did not reveal whether the TMC will go to court challenging Pramanik’s appointment on the grounds of citizenship.