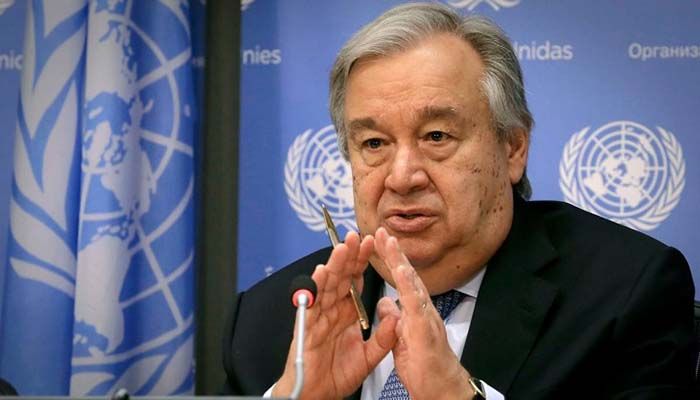 ﻿UN chief Antonio Guterres on Monday urged countries to dig deep and provide desperately needed aid to Afghans, and to support women and others whose rights appear threatened by the Taliban.

Speaking to ministers gathered for a donor conference for the violence-torn country, Guterres insisted that "the people of Afghanistan need a lifeline".

"After decades of war, suffering and insecurity, they face perhaps their most perilous hour," he said at the UN's European headquarters in Geneva.

The UN Secretary General's comments came just under a month after the Taliban swept into power in Afghanistan, sparking a chaotic exit for the United States and its allies after 20 years in the country.

The half-day conference is seeking to raise the $606 million which humanitarian agencies say is urgently needed to provide life-saving aid to millions of Afghans over the four final months of the year.

Among other things, the money is needed for critical food and livelihood assistance for nearly 11 million people and essential health services for 3.4 million.