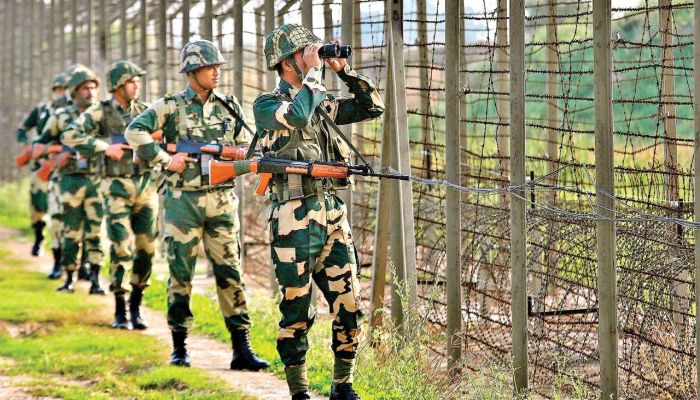 ﻿The Central Government of India has given additional powers to the BSF, its own border guard force. As a result, they were able to make arrests, searches and seizures up to 50 km from the three states bordering Bangladesh and Pakistan.

According to the Indian media NDTV, in a decision, the Union Home Ministry said that the area under the BSF has been increased due to the increase in the number of drone strikes across the border.

As per the instructions, BSF officers will be able to conduct arrests and search operations in West Bengal, Punjab and Assam. The Code of Criminal Procedure (CRPC), passport law and entry into India law will be enforced to carry out these operations.

In Assam, West Bengal and Punjab, the BSF will be able to conduct such operations up to a distance of 50 km from the international borders of India-Pakistan and India-Bangladesh. They will be able to carry out searches just like the police.

Earlier this coverage was up to 15 km. In addition, the BSF will be able to conduct search and arrest operations in Nagaland, Mizoram, Tripura, Manipur and Ladakh.

The NDTV report further said that the decision by Delhi immediately sparked controversy over the autonomy of the states. The Punjab Chief Minister has already protested. He also called on Home Minister Amit Shah to reverse the decision immediately.

A senior Indian police official said the new decision was politically sensitive. The main goal of the BSF is to guard the border and prevent infiltration. However, in several cases they have not been able to guard the line. The new decision will create regular BSF disputes with the local police and villagers.

On the other hand, BSF power has been reduced on the border of Gujarat state. The power to search and arrest inside the state has now been reduced to 50 km. Before that it was 80 kilometers.