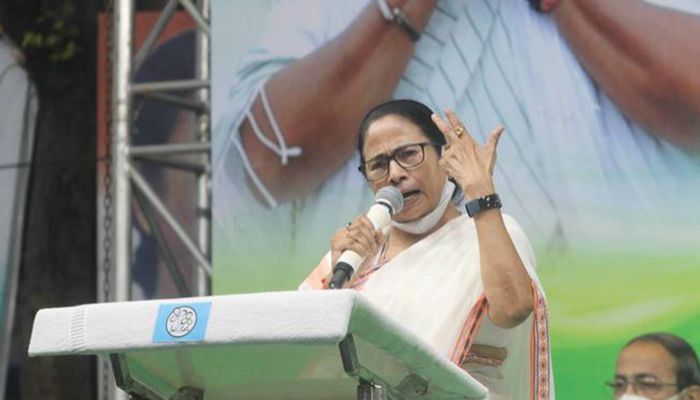 Former Meghalaya Chief Minister Mukul Sangma, along with 11 of the 17 Congress MLAs in the state, joined the Trinamool Congress in a huge coup for West Bengal's ruling party in the northeast. The Meghalaya MLAs submitted a letter to Assembly Speaker Metbah Lyngdoh around 10 pm on Wednesday, informing him of their change of status, sources said.

The development, which makes the Trinamool Congress the principal opposition party in the state, came a day after Congress leaders Kirti Azad and Ashok Tanwar as well as Pawan Varma, formerly of Janata Dal (United), joined the Trinamool Congress in Delhi in the presence of party chief Mamata Banerjee currently visiting the national capital, reports NDTV.

Hours earlier, Mamata Banerjee said her party would welcome political leaders from other parties who wished to join the Trinamool Congress's battle against the BJP.

Meghalaya is the latest state where the Trinamool Congress, in expansion mode over the last couple of months, has made an inroad. In Assam, Goa, Uttar Pradesh, Bihar and Haryana, its inroad has been at the cost of the Congress.

Mamata Banerjee, known to share a cordial relationship with Congress chief Sonia Gandhi, has not met her this time, although there was a buzz about a meeting.

Asked about the matter, the Trinamool Congress chief flared up. She had sought no appointment with Sonia Gandhi, as "they are busy with Punjab polls", Mamata Banerjee said.

Then she pointedly added, "Why should we meet Sonia every time? It is not constitutionally mandated."

The dozen Congress MLAs who have jumped ship will address a press meet in Meghalaya's capital Shillong this afternoon.

The Trinamool Congress has been trying to expand its footprint in Tripura and Goa with an eye to the next round of assembly elections in these states. In Tripura, the party has been at loggerheads with the state's ruling BJP ahead of civic elections. In Goa, it is banking on Luizinho Faleiro, the state's former Chief Minister.

On Tuesday, Mamata Banerjee's party made three key acquisitions that gave her a toehold in at least two more states - Haryana and Bihar.

In Delhi today, Mamata Banerjee, whose massive victory in the April-May assembly elections in West Bengal had set off a buzz about her spearheading the opposition challenge to the BJP in the 2024 general elections, said she was willing to help oust the BJP in Uttar Pradesh.

The Meghalaya Trinamool Congress was formally launched in 2012 with an intention to contest 35 of the state's 60 seats. Team members of election strategist Prashant Kishor are in Shillong to weigh in on the Trinamool Congress's options in the state for the 2023 assembly election, news agency Press Trust of India reported quoting unnamed sources.