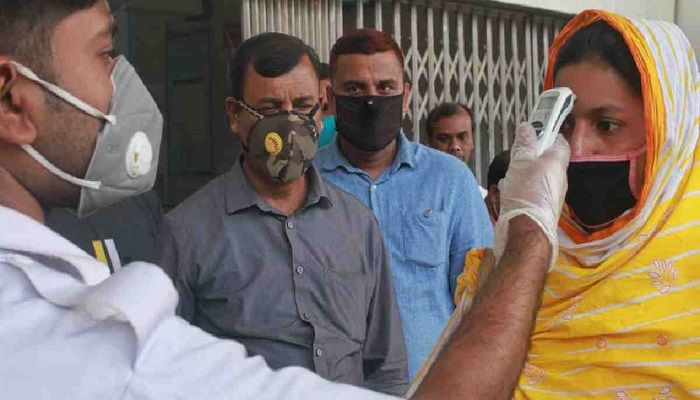 Dr Shoilendranath Biswas, resident medical officer of the hospital, said one of the women was brought to the hospital by her friend early Thursday with fever.

The sick woman was kept at the isolation unit observing the symptoms, he said.

The woman who accompanied the patient was also kept at the isolation unit, the physician said, adding that the number of people in isolation at the hospital has risen to four.

He said samples of the four patients will be sent to the Institute of Epidemiology, Disease Control and Research (IEDCR) in Dhaka for the test.

Meanwhile, at the latest, 126 people were sent to home-quarantined in the district in the last 24 hours, taking the number of quarantined people to 1,674 here.