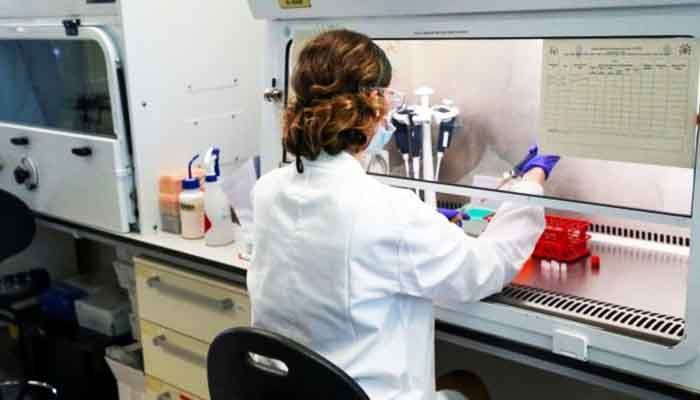 ﻿Trials of a COVID-19 vaccine being developed by AstraZeneca and Oxford University will resume after it was paused due to a reported side effect in a patient in the UK.

On Tuesday, AstraZeneca said the studies were being paused while it investigated whether the reported side effect was connected with the vaccine.

But on Saturday, Oxford University said it had been deemed safe to continue.

The vaccine is seen as a strong contender among dozens being developed.

Oxford University said in a statement that it was "expected" that "some participants will become unwell" in large trials such as this one.

The government's chief scientific adviser, Sir Patrick Vallance, echoed this view, telling a Downing Street press conference on Wednesday what had happened in the Oxford trial was not unusual.

The university added that the studies could now resume following the recommendations of an independent safety review committee and the UK regulator, the Medicines and Healthcare Products Regulatory Agency.

Writing on Twitter, Health Secretary Matt Hancock welcomed the news of the trials restarting, adding: "This pause shows we will always put safety first. We will back our scientists to deliver an effective vaccine as soon as safely possible."

Oxford University said it would not disclose information about the patient's illness due to confidentiality reasons, but the New York Times reported that a volunteer in the UK trial had been diagnosed with transverse myelitis, an inflammatory syndrome that affects the spinal cord and can be caused by viral infections.

Hopes have been high that the vaccine might be one of the first to come on the market, following successful phase 1 and 2 testing.

Its move to Phase 3 testing in recent weeks has involved some 30,000 participants in the US as well as in the UK, Brazil and South Africa. Phase 3 trials in