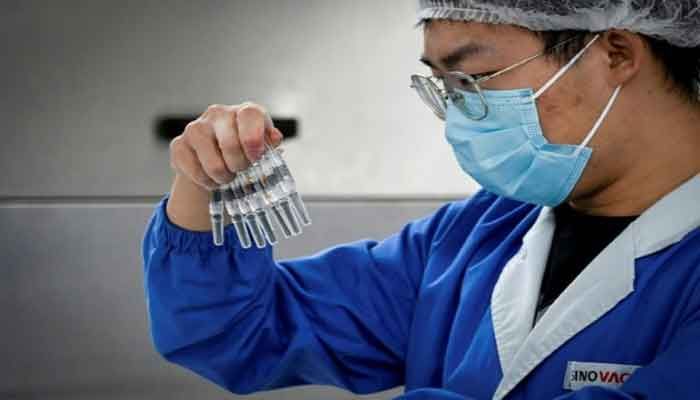 Thousands of people lined up in Beijing to collect the Covid-19 vaccine as China rushes to innoculate millions before the Chinese New Year mass travel season in February.

More than 73,000 residents in the Chinese capital have received the first dose of vaccine in the last few days, according to state media sources on Sunday, including health employees and bus drivers, reports AFP.

Health authorities on New Year's Eve issued 'conditional' clearance to a vaccine candidate made by Chinese pharmaceutical giant Sinopharm, which the firm said had a 79 per cent efficacy score.

Footage from the state broadcaster CCTV shows crowds at the local clinics and community health centers as residents stood to read the permission documents and to take their temperatures before receiving the jab.

Health officials said gyms and empty factories were among centres being used for the vaccination programme.

China plans to vaccinate millions this winter in the run-up to Lunar New Year in mid-February.

Beijing has also administered about 4.5 million doses of still unproven emergency vaccinations this year—mostly to health staff and other state employees bound for overseas jobs, according to officials.

But China is now considering a phased roll-out of the vaccine, beginning with core groups deemed to have a high risk of exposure to the virus, including port and logistic staff and women.

China—where the coronavirus first appeared late in 2019—has effectively contained the virus within its walls, implemented fast local locking and mass testing as cases occur.

But after a recent rash of minor local outbreaks, including a number of cases in Beijing, the country has stepped up testing and movement controls.