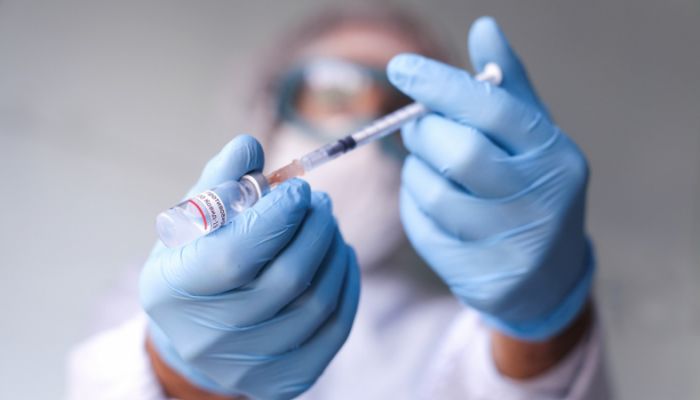 The UK has mobilized $1 billion from global donors to fund access to Covid-19 vaccines from impoverished countries to avoid the spread of the virus in the midst of competition between countries to get the vaccine first.

By the end of this month or the beginning of February, Bangladesh is awaiting vaccines from India.

The UK has helped to raise $1 billion for the coronavirus COVAX Advance Market Commitment (AMC) through match-funding other donors, which combined with the £548 million of UK aid pledged to help distribute one billion doses of coronavirus vaccines to 92 developing countries this year.

This vital investment will help stop the spread of the disease and prevent future waves, helping to build back better from coronavirus globally, said the UK Foreign, Commonwealth & Development Office on Sunday.

The announcement coincides with a three-day virtual visit by United Nations Secretary-General António Guterres to London as part of the United Kingdom's 75th anniversary celebration.

Over the last 75 years, the UK has played a leading role in supporting the UN and we are working together to strengthen international collaboration to tackle today’s biggest global challenges, from coronavirus to climate change, the Foreign Office said.

British Foreign Secretary Dominic Raab said it is fitting that on the 75th anniversary of the UN, the UK has led with its allies to make one billion doses of coronavirus vaccine available to vulnerable countries.

"We’ll only be safe from this virus, when we’re all safe – which is why we’re focused on a global solution to a global problem," Raab said.

Guterres said that in the midst of a second world war that was far from won, Winston Churchill and Franklin Roosevelt - later joined by leaders of China, France, the-then Soviet Union and other allied powers – courageously set out a vision to free the world of fear and want, through cooperation.

This vision became the United Nations and, on this very day 75 years ago, the first meeting of the UN General Assembly was held in London.

Guterres said, "At this time of new global turmoil, I’m honoured to virtually visit the United Kingdom to mark that occasion, renew our cause of overcoming global challenges together, and celebrate a country that was instrumental in creating the United Nations and which remains, today, a crucial member state, not least in the run-up to COP26 in Glasgow."

The Secretary-General will also hold discussions with the Archbishop of Canterbury.

On the same day, the Secretary-General will attend a COP26 roundtable about clean power, alongside the UK Foreign Secretary, COP26 President Designate, and Ministers from across the world. Since 2011, UK aid has provided over 26 million people with improved access to clean energy and is looking ahead with even higher ambition, having committed to invest £11.6 billion of International Climate Finance from April 2021.

Covid-19 vaccine: ‘No reason for Bangladesh to be worried’

India has said there is no reason for Bangladesh to be concerned over timely receiving vaccine because India has always considered its neighbours on a priority.

"We’ve seen the statement made by the head of the Serum Institute of India. There’s no reason for neighbouring Bangladesh to be concerned because India has always considered its neighbours on a priority basis. This time too, there’ll be no exceptions," a diplomatic source in New Delhi told UNB recently.

Reiterating the highest priority India attaches to Bangladesh under India’s Neighbourhood First Policy, Prime Minister Narendra Modi, during a Summit meeting with Prime Minister Sheikh Hasina on December 17 last year, assured that vaccines would be made available to Bangladesh as and when produced in India.

Both leaders also noted the ongoing bilateral collaboration between the private sector in this area.

India currently has the second-highest number of total confirmed coronavirus cases (10,431,639) after the US the third-highest death at 150,798.

Bangladesh recorded 25 more Covid-19 deaths between Saturday and Sunday morning, taking the national fatality tally to 7,781 – with the mortality rate at 1.49 percent.

Meanwhile, the country also identified 1,071 new cases, taking the local caseload to 522,343. Bangladesh reported its first cases on March 8 and the first death on March 18.

Bangladesh signed an agreement with Serum Institute last month for 30 million doses of Oxford-Astrazeneca vaccine. Bangladesh approved the emergency use of the Oxford-AstraZeneca Covid-19 vaccine on Jan 7.