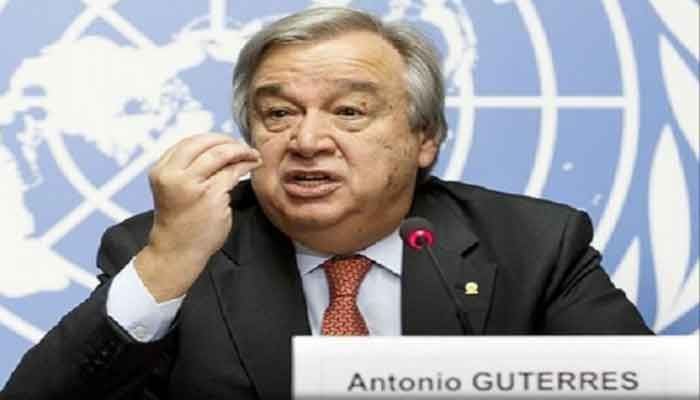 The COVID-19 crisis “has revealed how unequal our societies are,” said United Nations Secretary-General Antonio Guterres in his message released on Monday for World Health Day.

Highlighting the inequalities and injustices that have been apparent throughout the pandemic, the UN chief said in his message for the day to be marked on Wednesday that the vast majority of vaccine doses administered so far have been confined to “a few wealthy countries” or those producing the shots cleared for distribution, reports Xinhua.

“Within countries, illness and death from COVID-19 has been higher among people and communities that contend with poverty, unfavorable living and working conditions, discrimination, and social exclusion,” said Guterres.

Thanks to the COVAX initiative, the UN backed international effort to provide equitable vaccines across the world, more countries are receiving doses, “but most people in low and middle income countries still must watch and wait,” the top UN official added.

“Such inequities are immoral, and they are dangerous for our health, our economies, and our societies.”

To date, COVAX has shipped more than 36 million doses to 86 countries, the UN chief’s spokesperson Stephane Dujarric told correspondents at the UN headquarters on Monday.

Algeria received more than 36,000 doses over the weekend from COVAX, he said, helping to accelerate the vaccination campaign already underway there.

“The UN Resident Coordinator, Eric Overvest, said the new doses will help ensure that no one is left behind,” Dujarric added. “Our teams on the ground have helped to train healthcare workers, sensitize people on vaccines, and supported the cold chain.”

“As we recover from the COVID-19 pandemic, we must implement policies and allocate resources so all can enjoy the same health outcomes,” said Guterres.

That will involve reaching the Sustainable Development Goals by 2030, he added, “and it means delivering universal health coverage so everyone, everywhere, can thrive.”