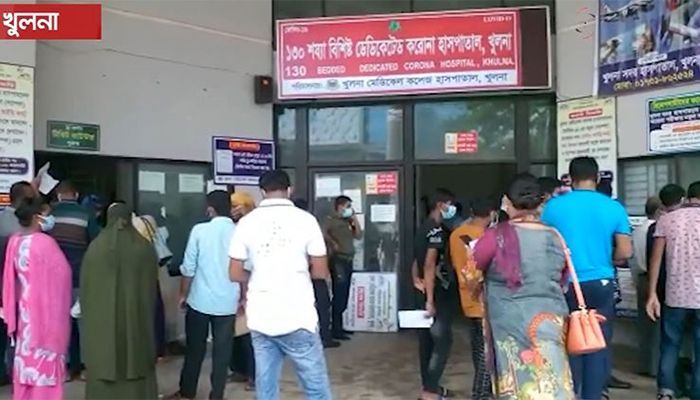 ﻿A total of 1,900 more people have tested positive for Covid-19 in the ten districts under Khulna division today, raising the total number of infected patients to 65,799.

The death toll climbed to 1,365 in the division including the highest 348 in Khulna, followed by 286 in Kushtia, 187 in Jashore, 115 in Jhenidah, 106 in Chuadanga, 95 in Bagerhat, 76 in Satkhira, 67 in Meherpur, 54 in Narail and 31 in Magura. While 60 more fatalities were reported afresh on the day, said Dr Rasheda Sultana, divisional director of Health today.

In the last 24 hours, a total of 60 fatalities were reported in nine districts in the division till 8.00 am today. Of the total, 21 are in Khulna, 11 are in Kushtia, seven in Jhenaidah, six in Jashore, five in Chuadanga, four in Narail, three in Bagerhat, two in Meherpur and one in Magura district under the division.

The new daily infection figure also increased compared to the previous day's number of 1,865, said the health department sources, adding that the figure was 1,470 on Monday.