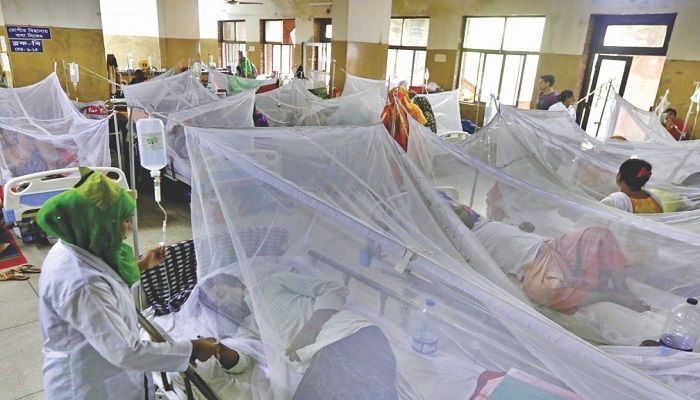 ﻿More than thousand dengue patients have been identified so far in the 22 days of July, according to the health department.

The Health Emergency Operations Center and Control Room of the Directorate General of Health Services (DGHS) reported the information on Thursday (July 22).

Meanwhile, 412 people have been admitted to various hospitals across the country due to dengue. Of them, 409 are admitted in 41 government and private hospitals in the capital Dhaka, while the rest are in hospitals in other parts of the country.

A total of 1,385 dengue patients have been admitted to hospitals in the country from January this year to this morning, and 970 have returned home with treatment.

Professor Robed Amin said, thinking about the whole of Dhaka, many have already been admitted to the hospital. Some people's physical condition has been like going to ICU. That's why we need to figure out how to prevent it. Dengue patients are much more likely to get worse if they are infected with the coronavirus.