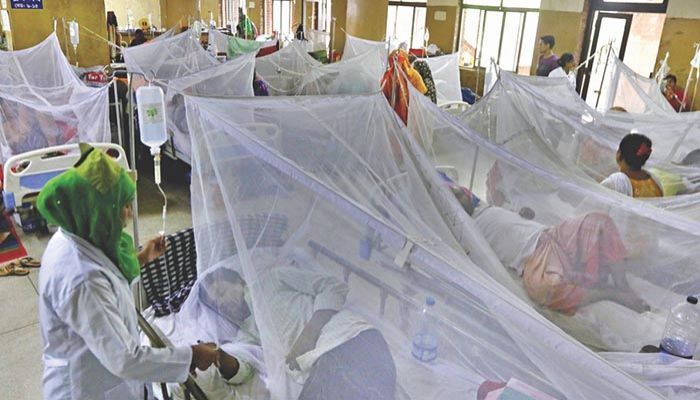 275 more persons have been admitted to hospitals with dengue fever, despite the fact that no deaths from the mosquito-borne disease have been reported in the past 24 hours.

211 of the new patients were admitted to government and private institutions in Dhaka, with the remaining 64 cases coming from outside the division.

Dengue fever has been diagnosed in 15,976 people this year, according to the DGHS, with 59 of them dying.

As of Monday morning, 1,072 dengue fever patients were being treated around the country, according to the DGHS.

According to the DGHS, 14,845 dengue patients have been released from hospitals after recovering.

The country has been facing the deadlier Delta strain of coronavirus with limited healthcare resources for the previous few months, and the dengue outbreak has become a major cause of concern.