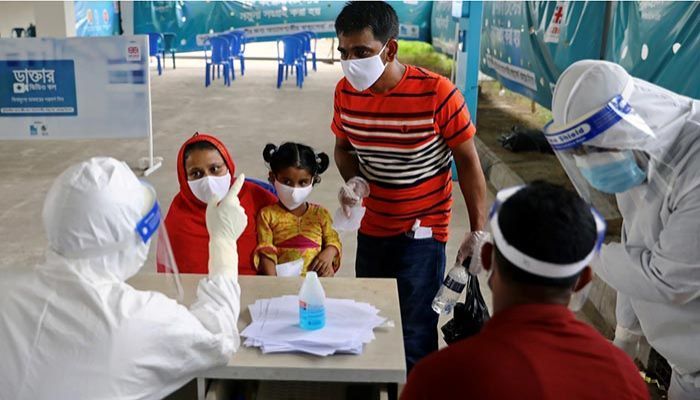 ﻿In the 24 hours leading up to Thursday morning, Covid-19 claimed 7 more deaths in Bangladesh and infected 466 more.

According to the Directorate General of Health Services (DGHS), the Covid-19 fatalities across the country have now reached 27,737, while the caseload has increased to 15,64,485.

Four women and three men were among the most recent victims.

Three died in the Dhaka division, two in Chattogram, and one each in Khulna and Barishal.

On October 8, Bangladesh registered seven Covid-19 deaths, the lowest number since March 17 of this year, when the country had 11 such deaths.

After evaluating 21,568 samples, the new cases were discovered.

The daily case positive rate dropped to 2.16 percent as a result of this. The mortality rate, however, remained constant at 1.77 percent.

Furthermore, the recovery rate climbed slightly to 97.56 percent during the period, with 695 additional patients being recovered.

So far, 15,26,368 people have recovered from the deadly virus infections, the DGHS added.