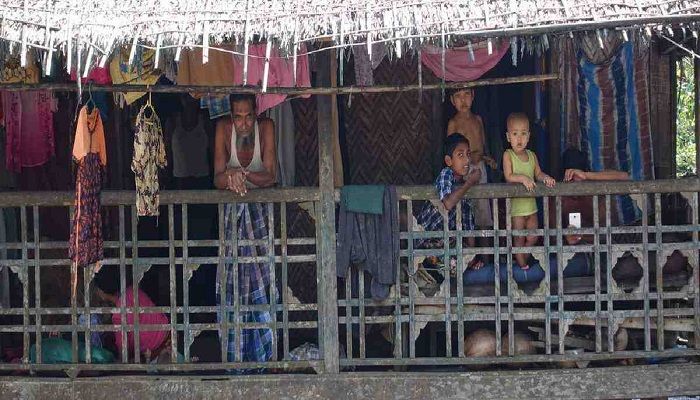 ﻿A new armed group, named Arakan Rohingya Army (ARA), has emerged in Myanmar for what they say to protect the rights of persecuted Rohingyas.

ARA declared its presence through issuing a statement on September 1, an informed source told UNB on Sunday.

ARA said they have formed the armed group with Rohingyas from Myanmar to restore their all destroyed human rights, rights of Rohingyas and ensure equal rights with other ethnic minorities.

In its statement, ARA said their group will remain present in north Rakhine State and they will not use the lands of other countries.

It said they will support all religions and work to protect the lives and dignity of minorities. "We’re determined to achieve our goals," the statement reads.

The ARA said, "We would like to inform you all with due respect that we all should work together for the development of the Arakan region through peaceful coexistence."

Bangladesh is now hosting over 1.1 million Rohingyas and most of them entered the country since August 25, 2017 amid military crackdowns on them.

Bangladesh and Myanmar signed a repatriation deal on November 23, 2017 but Myanmar did not take a single Rohingya back to their place of origin in Rakhine.

On January 16, 2018, Bangladesh and Myanmar inked a document on “Physical Arrangement”, which was supposed to facilitate the return of Rohingyas to their homeland.