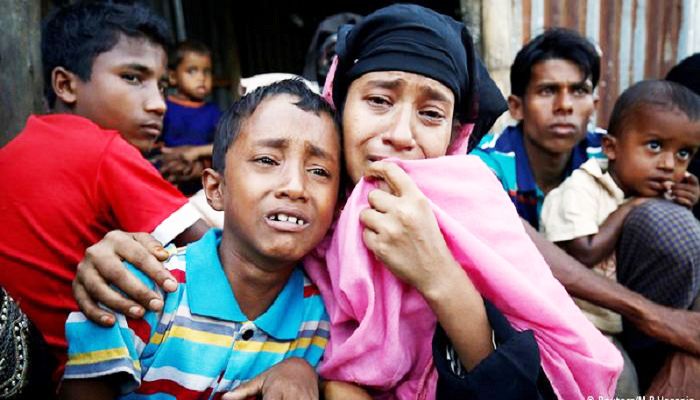 ﻿Beijing has shown interest to hold the second tripartite meeting of foreign ministers of Bangladesh, China and Myanmar to review updates regarding the commencement of Rohingya repatriation from Bangladesh to their land of origin in Rakhine.

''They (China) are planning to hold another tripartite meeting among the three (foreign) ministers of Bangladesh, China and Myanmar for updating (the process of repartition),'' foreign minister Dr AK Abdul Momen told reporters on Monday.

The minister said Chinese Ambassador to Bangladesh Li Jiming discussed the matter while calling on him on Sunday at the Foreign Ministry.

He said the Chinese envoy apprised him that he would discuss with the Chinese foreign minister the matter of holding the next tripartite meeting in Beijing.

Dr Momen said the number one objective of Bangladesh is to see the repatriation of Rohingyas to their place of origin in Rakhine State. ''We don't want them (Rohingyas) to integrate into our society. They must go back to their country (Myanmar).''

He said Chinese envoy agreed with Dhaka’s stand and said they also believe that repatriation of Rohingyas to Myanmar is the number one issue in resolving the crisis.

During Sunday's meeting, the Chinese envoy also expressed concern as repatriation of forcibly displaced Rohingyas to their land of origin in Myanmar's Rakhine state from Bangladesh has not yet started.

Referring to the recent incident of the killing of eight Rohingyas in a series of clashes between two rival groups of the displaced community at Cox’s Bazar camps, Dr Momen expressed Dhaka’s fear that Rohingyas will appear as a threat to security in the region if their repatriation to Myanmar is delayed.

He said displeasure among locals is getting intensified on the Rohingyas and international organisations due to delay in the repatriation process.

Noting that there are allegations that Rohingyas got engaged in drug smuggling, the minister said different kinds of crimes have been increasing due to absence of barbed wire around the camps.

The minister said humanitarian support and improvement of their livelihoods are not enough to resolve the problem. “But it needs a permanent solution through Rohingyas repatriation to Myanmar,” he observed.

In reply, the Chinese ambassador agreed with the foreign minister on this, a foreign ministry press release said after the meeting.

Since August 25 in 2017, Bangladesh is hosting over 1.1 million forcefully displaced Rohingyas in Cox’s Bazar district and most of them arrived there after a military crackdown by Myanmar, which the UN called a “textbook example of ethnic cleansing” and other rights groups dubbed as “genocide”.

In the last three years, not a single Rohingya went back home although Myanmar agreed to take them back.