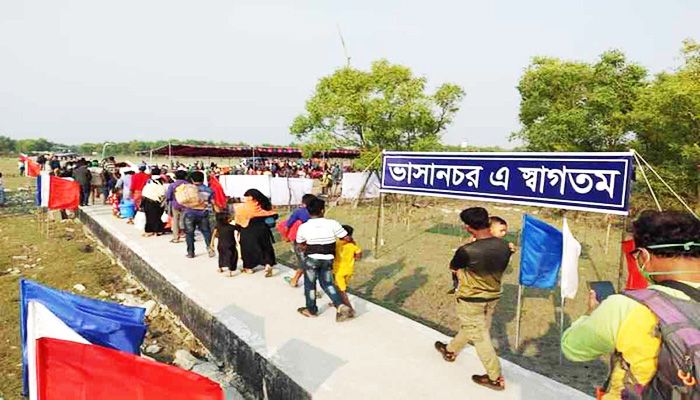 ﻿Foreign Minister Dr AK Abdul Momen on Monday said the United Nations should help Rohingyas in Bhasan Char following the mandate on the basis of which the UN works in Bangladesh.

"They (UN) should follow their mandate (on refugees). It doesn't matter where they're living," he told reporters.

Dr Momen said the UN should not think of whether the Rohingyas are living in Kutupalong, Bhasan Char or somewhere else. "It's their mandate to help them (refugees). They should do it."

He said the government is currently providing food assistance to Rohingyas in Bhasan Char but hoped that the UN will come forward with its agencies to help the forcibly displaced Myanmar nationals.

Responding to a question, Dr Momen said the relocation of Rohingyas to Bhasan Char will have no negative impact on repatriation efforts.

"We have made this arrangement for a short period. May be these people will go back to Myanmar in the first batch when Myanmar will start taking back Rohingyas from Bangladesh," he said.