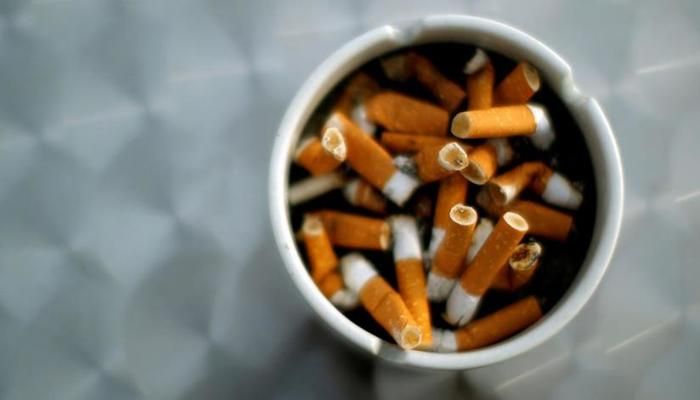 Gafur, a 13-year-old working boy sitting in the corner of a busy Farmgate intersection, was smoking cigarettes like an adult.

“I do feel grown-up when I smoke. I buy cigarettes with my own earning … so what’s wrong… it’s my business, not others,” he said with a rigid voice mocking like a film star after blowing a smoke ring in the air when asked why he was smoking, despite being underaged.

“I work as a tempo (small passenger van) helper the whole day …. I don’t get energy if I don’t smoke,” said Rayhan sitting beside Gafur, couple of years older than his friend.

This is a common scenario elsewhere in Dhaka city as the numbers of underage smokers are increasing in the country gradually while anti-tobacco researches said, smoking is more harmful to children compared to adults.

As per the Global Youth Tobacco Survey (GYTS) of 2013, seven percent of youth aged between 12 and 15 of Bangladesh consume tobacco in different forms.

Another research, conducted in 115 countries said that numbers of adolescent smokers have been increased globally as it found 12 percent of male and seven percent of female adolescents do smoke worldwide.

The children are also major victims of passive smoking as the law to prohibit smoking in public places is not being implemented properly, experts said.

According to the Global Adult Tobacco Survey (GATS), more than twenty million people in Bangladesh are taking tobacco in various ways while one percent of the country’s total GDP is spent on tobacco consumption.

The study found that 18.5 percent of total smokers in the country start smoking before their 15th birthday, while 25 percent start it between 15 and 16 years of age.

The incidence of smoking is three-fold higher among illiterate people, who constitute 63 percent of the country’s population, the study observed.

Director of Shaheed Suhrawardy Medical College and Hospital Dr. Uttam Kumar Barua said a mass anti-tobacco upsurge needs to be built up for implementing the existing Tobacco Control Law as per the directives of Prime Minister Sheikh Hasina to check health hazards due to smoking.

The government had already taken the various initiative to create mass awareness about the use of tobacco.

As part of it, pictorial health warnings have been made mandatory to cover at least 50 percent of the main display area of all tobacco products as well as misleading terms such as “light” and “low tar” are prohibited on tobacco packaging.

Besides, tobacco advertising is prohibited in all print and electronic media, including at the point-of-sale.

While observing the “World No Tobacco Day” (WNTO) on May 31 last, ten organizations formed cancer and anti-tobacco alliance to heighten awareness across the country. Head of national cancer epidemiology Dr. Habibullah Talukder Raskin said the alliance will work to design a coordinated and effective campaign to reduce the number of smokers in the country. “The alliance will give special emphasis on checking underage smoking as well,” he added.

The global health report of the United Nations’ World Health Organization (WHO), published on Jul 26, found that 70 percent of smokers in Bangladesh are willing to get rid of the bad habit.

The UN said there is progress in the anti-tobacco campaign worldwide but it needs more effort for restraining people from consuming tobacco.

Another report said 19 percent of Bangladesh adults smoke daily compared to 28 percent in Indonesia, 17 percent in Thailand, 16 percent in Myanmar, 15 percent in Nepal and 10 percent, each in India and Sri Lanka.

Among these countries, Bangladesh imposes the highest duty on tobacco after Thailand.