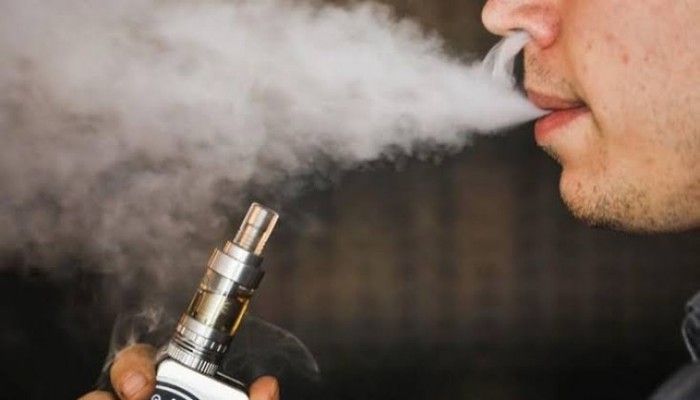 Health Ministry on Thursday expressed concern over the rise of electronic cigarettes and other form of vaping in Bangladesh.

At a press conference at the Secretariat, health ministry secretary for medical education, Sheikh Yousuf Harun said the electronic cigarette and other form of vaping had appeared to be concerning for public health.

‘We are planning to ban production, import, and marketing of e-cigarette and other vaping products in the earliest possible times,’ he said.

The health ministry expressed concern on the backs of a recent finding of the USA’s Communicable Disease Control and Food and Drug Administration that deaths related lung disease in patients had a link to the e-cigarette and vaping.

On September 24, CDC and FDA said 12 deaths in 805 lung-related deaths were caused due to e-cigarette and vaping.

The World Health Organisation on the Global Tobacco Epidemic 2019 identified e-cigarette and vaping as harmful for health.

Harun said there was no study on the epidemiology of the patients taking e-cigarette and vaping or the extent of users of the new form of tobacco in Bangladesh.‘We are witnessing that e-cigarette and vaping is growing and the products are being sold in Dhaka, other cities and even on online and social media market,’ he said.

Speaking at the press conference, Health Services director-general Abul Kalam Azad said, ‘We have considered [in the past] e-cigarette as a safe alternative of conventional tobacco-based cigarette, but we were wrong.’

‘We have to stop e-cigarette and other vaping for the public health,’ he said.

Tobacco has now appeared as one of the major risk factors responsible for most deaths and diseases in Bangladesh.

Every year, more than 1,61,200 people of Bangladesh are killed by tobacco-caused diseases, according to The Tobacco Atlas.

Since 2005, tobacco remained the fourth leading cause of deaths and diseases in the country, according to the Institute for Health Metrics and Evaluation, a Washington-based global health research institute.

The top leading cause of deaths in Bangladesh are heart disease, cerebrovascular disease, COPD and respiratory infect – in which the tobacco plays a big role, according to different government and international studies.