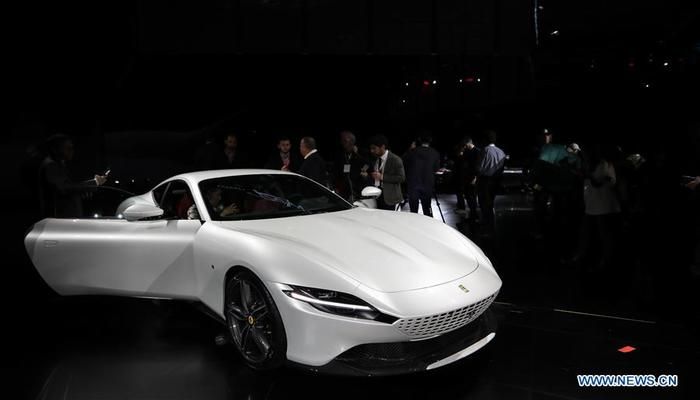 Italian luxury sports car manufacturer Ferrari launched its new model Roma, a coupe meant to bring back "the carefree lifestyle of the 1950s and 1960s Rome" after which it has been named, the company announced on Thursday.

Ferrari Roma is empowered with a V8 turbo engine that reaches 620 horsepower at 7,500 rpm, and is coupled with the new 8-speed DCT gearbox that was introduced on the SF 90 Stradale.

It would stir up the coupe from zero to 100 km in 3.4 seconds, said the company.

The Roma is the fifth new model launched by the carmaker so far in 2019.