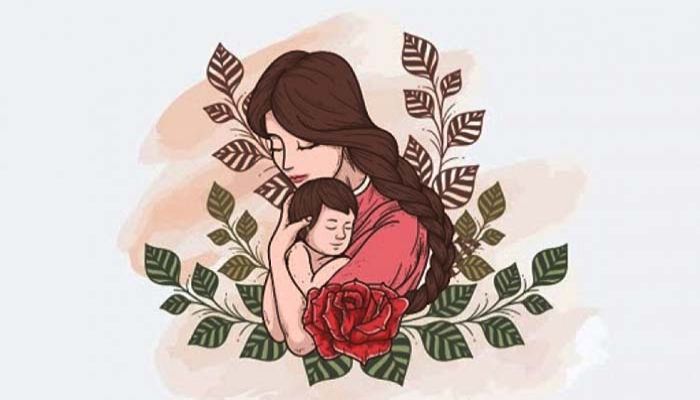 ﻿After observing two back-to-back "no hugs" Mother's Day due to the global pandemic of Covid-19, people in Bangladesh as well as elsewhere across the globe are finally celebrating the occasion on Sunday by expressing love and affection towards their mothers, reports UNB.

The day was developed and commercialised in the US and followed by the rest of the world, and it has since been observed through special indoor and outdoor events focused on spreading the love for mothers across the globe.

People in Bangladesh and around the world are celebrating the day today by presenting gifts to their mother as a norm of expressing love to them for always being there, authoring beautiful letters for their mother and making their mother's favourite meals on the jovial occasion.

Those who live away had to make do with phone conversations and video chats, to minimise the distance by making phone calls and video calls and those who lost their mothers, pray for their departed souls on this day.

There are also a large number of people reminiscing about their mothers whom they have lost in recent times due to the pandemic in the last two years.

Meanwhile, many fashion brands, gift shops, restaurants, food and grocery delivery services, and recreational services providers are offering special discounts and lucrative deals to let their consumers celebrate this special occasion with their mothers in person, after passing two years of Covid-19 restrictions.

Generated from the idea that "Mother is the person who has done more for you than anyone in the world" - Anna Jarvis, an American woman activist campaigned and established the day during the first decade of 1900.

Following her mother Ann Reeves Jarvis's death in 1905, Anna Jarvis conceived of Mother’s Day as a way of honouring the sacrifices mothers made for their children.

In May 1908, she organised the first official Mother’s Day celebration at a Methodist church in Grafton, West Virginia in the United States.

She also held a campaign and further activities to observe this day as a national holiday, and her persistence paid off in 1914 when President Woodrow Wilson signed a measure officially establishing the second Sunday in May as Mother’s Day in the United States which has now been a globally acknowledged and established day, celebrated by billions around the world.