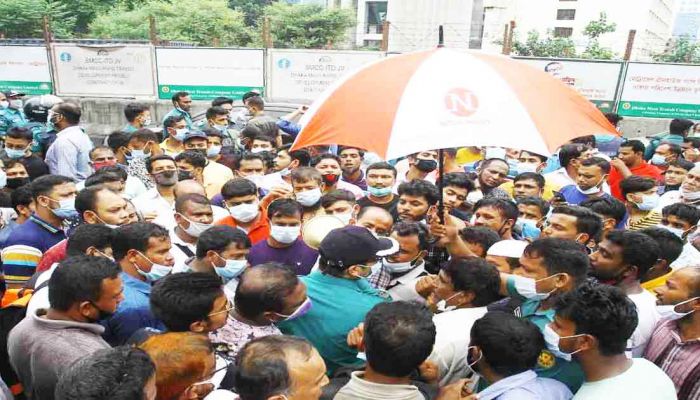 The government of the Kingdom of Saudi Arabia (KSA) has given an extension of the validity of visa and Iqama (valid work permit) for Bangladeshi expatriate workers till October 30.

The foreign minister learned the latest information on visa and valid work permit for Bangladesh from Bangladesh ambassador in KSA Mohammad Javed Patwari.

Due to lack of air tickets from Saudi Airline's thousands of Bangladeshi expatriate workers, who returned home from KSA during the Covid-19 pandemic, have been stranded here and could not join their workplaces.

Saudi returnees in the recent times staged repeated demonstrations for tickets and visa extension in front of the Saudi Airlines office in Karwan Bazar in Dhaka.

Many workers could not manage their return tickets despite protest while their visa validity expired on September 30.

In wake of the protests, the government of Bangladesh maintained contacts with Saudi authorities and appealed for an increasing number of flights from Dhaka, as well as visa extension for the workers.