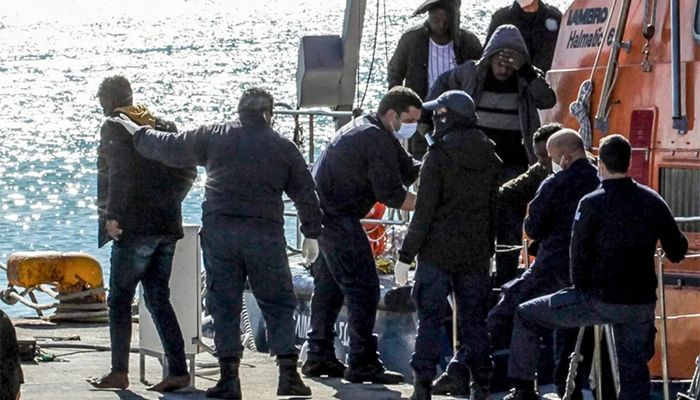 ﻿Greece's coastguard on Sunday said it had rescued 106 migrants including many children from a half-sunken sailing boat on the Aegean Sea.

A coastguard statement said the migrants were found late on Saturday near the southeastern island of Kos, a short distance from the Turkish coast.

The group, of various nationalities which were not disclosed, included 14 women and 20 children.

No other people are considered to be missing in the incident, the coastguard said._AFP