Distress of Repatriation of Illegal Immigrants Staying in Malaysia 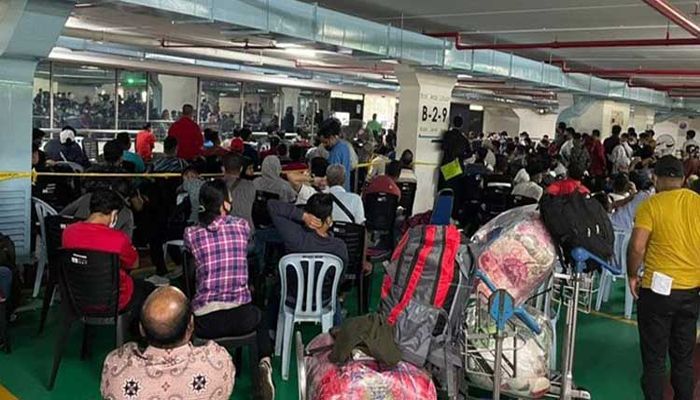 The photo was taken from Kuala Lumpur Airport, Malaysia

﻿The opportunity for illegal immigrants to return to Malaysia is coming to an end in June. According to multiple sources, the term was extended till June by the decision of the cabinet meeting on December 22 last year.

A total of 99,047 Indonesians, 26,821 Bangladeshis, and 23,844 Indians have volunteered to return home voluntarily through the recalibration return program, which started in December 2020 and ended on December 21 last year. 1, 92, 221 illegal immigrants were registered.

Out of this number, a total of 1, 62, 027 illegal immigrants have returned to their respective countries.

Meanwhile, the concerned people of the Bangladesh Embassy in Malaysia said that a letter has been sent to the concerned department to extend the duration of the return program. The embassy has not yet been informed of the reply to the letter.

According to embassy officials, 8,324 travel passes (generals) have been issued since the start of the return program till June 10 this month.

Meanwhile, one thousand seven hundred and twenty-six people staying in the camp have been given travel passes to be sent back to the country after the trial and imprisonment of Bangladeshi nationals arrested for various crimes.

Besides, 24 Bangladeshis have been repatriated from the camp with the financial assistance of embassies and philanthropists, sources said.