More Indians Own Property in London than the English 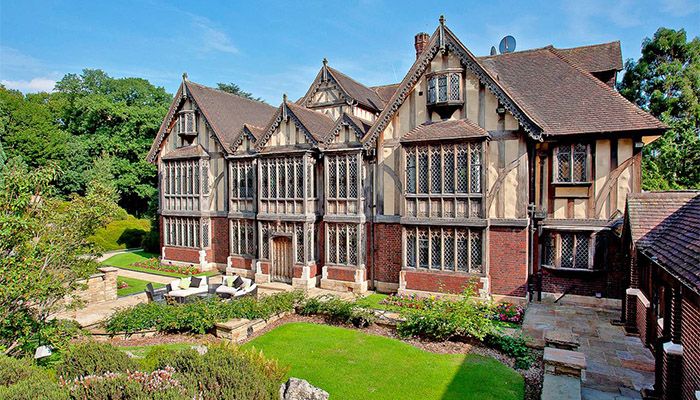 ﻿Indians are among the highest number of property owners in London, the capital of the United Kingdom (UK), more than the English themselves.

"The largest group of property owners in London are Indians, who are represented by those who have lived in the UK for generations, NRIs, investors from other countries, students, and families who travel to the UK for education," according  to London-based residential developer Barratt London.

"English and Pakistani people are next in number," Barratt London noted adding that, Indian investors, who reside in both the UK and India, are prepared to spend anywhere between GBP 290,000 and GBP 450,000 for a one, two, or three-bedroom property in London.

"We are seeing a strong demand from Indian investors looking to purchase properties in London and invest in the stable and long-term property market. Outside of London, most of our products are sold to UK residential buyers, who buy these properties and live in them," Stuart Leslie – International Sales and Marketing Director for Barratt London, told Financial Express.

In London, 30 per cent of sales are made to pure investors (those who want to use the apartments as rentals), and 30 per cent of those buyers come from foreign markets, reports The Current.

"This year we have seen a growth in the percentage of Indian homebuyers, who make up 7-8 per cent of the overseas market players. We are really reacting to where the demand is coming from rather than speculating and looking for business," Stuart Leslie said.

According to a Knight Frank survey, 10 per cent of India's UHNWIs intend to purchase a new home in 2022, and they prefer to invest in domestic real estate, followed by homes on the UK, UAE, and US foreign markets.

London is well-liked by Indian investors and homebuyers because it is a hub for finance and education and one of the major international entry points for investors.

Additionally, it makes sense for Indian homebuyers to look at the real estate market in London given that the cost per square foot is roughly comparable between London and Mumbai and that the two cities also share a similar legal framework, making transactions simpler.

"The reason why Indians are comfortable with buying property is because of the market fundamentals and confidence along with a history of Indians investing in houses in London. They're eager to invest in the UK residential markets because they are getting better returns owing to the exchange rates and market presence presently. It is relatively a safer market in comparison to the UAE or India," he said.

In addition to being a "stable market" for residential real estate, the UK has advantages over other international potential markets, such as good weather and quicker travel times.

Many families and students, especially those from India, relocate to the UK for educational opportunities. According to Stuart Leslie, the number of Indian students applying to UK colleges and universities has surged by 128 per cent in just one year.

Therefore, there are several reasons why Indians have traditionally preferred to invest in the UK, including the country's high-quality educational institutions, business-friendly environment, cosmopolitan mindset, language familiarity, and expanding investment opportunities.

Currently, there is a demand for finished or nearly finished projects since people are looking to move quickly after the pandemic. Barratt London's common price range for real estate is between GBP 390,000 and GBP 450,000.

"This is not a price which people normally associate with the London market but with tier-II or tier-III cities. This makes people want to own properties in London rather than smaller cities of the UK," he said.