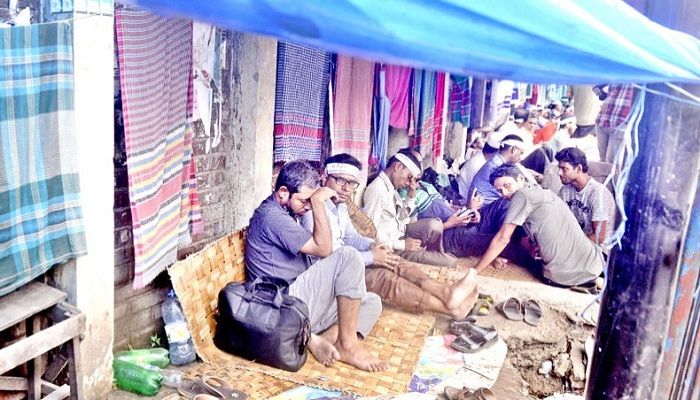 ﻿To ensure the quality of education it is imperative that the primary school teachers were able to lead a dignified life socially and professionally, educationists said.

They also observed that the primary school teachers would have to be recruited by maintaining quality while they should also receive proper training to ensure quality teaching.

The primary school teachers should not be treated in a way so that they felt discriminated against since they work to lay the very foundation of students’ future working at the primary level of education, they added.

Currently head and assistant teachers of government primary schools across the country are continuing a movement demanding an upgrading of salary grades.

They also threatened to go for tougher actions like strikes if their demand was not met.

Against this backdrop the World Teachers’ Day, also known as International Teachers’ Day, will be observed today like elsewhere in the world with the theme ‘Young Teachers: The future of the Profession.’

Under the pay scale, positions including administration officer, personal officer and librarian remain under 10th grade, librarians under 11th grade, accountants under 12th grade, steno typists or computer operators under 13th grade and drivers, cashiers and cataloguers under 14th grade.

‘If a teacher with honours and master’s degrees draws the same salary as does a clerk then how could you expect that they would teach students in a dedicated manner,’ asked Bangladesh Primary Teachers’ Association president Md Atiqur Rahman.

The teachers would hold a press conference in the  capital tomorrow to set their next course of actions, he added.

Bangladesh Primary Assistant Teachers’ Alliance leader Shahidul Amin also said that they would go for sterner action if their demand was not met by October 25.

Educationists said that in the past the primary teachers had a dignified social status which was currently absent.

Professor Mohammad Kaykobad of computer science and engineering department of Bangladesh University of Engineering and Technology blamed authorities for showing negligence and not respecting teachers by providing them dignified salaries.

Earlier a former education minister promised to introduce a separate salary structure for teachers which did not materialise in the past 10 years, he said.

During appointment we look for additional skills, but we do not give them reasonable salaries and other facilities once they begin a career in teaching, the professor said.

‘Between a clerk and a primary teacher who should get more importance — should it not be the teacher who teaches our children to dream big,’ he argued.

Kaykobad cited countries like Malaysia, Japan and Taiwan, countries that developed incredibly only by investing in education.

Sufficient investment in education was a must which was absent in Bangladesh, he added.

She said that these teachers were involved in hard work preparing the children for the future while many primary teachers were forced to work outside by ditching classes to earn extra, especially in the rural areas.

‘Many of these teachers have master’s degree as unemployment rate is higher in Bangladesh,’ Quazi Afroz pointed out.

The government should pay a dignified amount as the salary of a primary teacher by increasing the grade, she added.

Campaign for Popular Education Executive Director Rasheda K Choudhury said that the National Education Policy 2010 had said that there would be a permanent education commission which would fix all issues including salary structures.

Currently salaries of primary teachers were fixed under the general grades which created discriminations and that pushed the teachers towards movements, she said.

Rasheda also said that as teachers were the architects of citizens, upgrading of salaries was a justified demand.

She suggested cadre system instead of generalised grade system for the teachers for their appointment and promotion.