What Bangladeshi media is saying about illegal immigrants from India

The number of illegal immigrants, of which 5 lakh are reportedly Biharis, in Bangladesh is swelling. 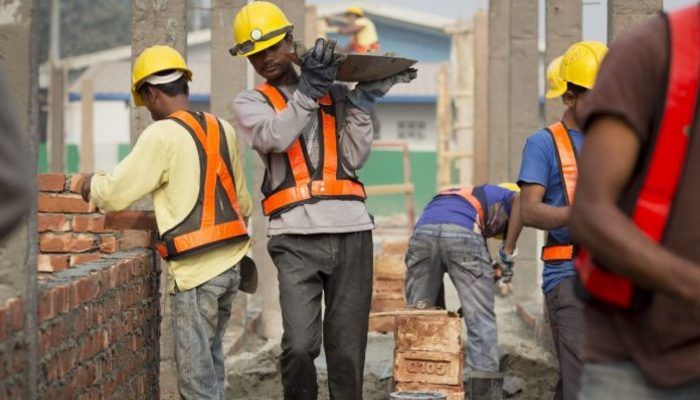 ﻿Indians are still reading and hearing a lot about Bangladeshi illegal immigrants. The issue of a National Register of Citizens has now been raised even in the Maharashtra and Haryana assembly election campaigns. Interestingly, Bangladeshi media is also covering the illegal immigrants’ issue. The coverage there, however, relates to illegal Indian immigrants in Bangladesh.

The same story quotes Sheikh Hafizur Rahman, a criminologist and professor at Dhaka University, as saying that there should be a dedicated agency to monitor illegal immigrants in Bangladesh. He adds that if this problem is left unchecked, then it may cause a grave threat to national security. Does this sound familiar?

Prothom Alo reports that in a recent raid on illegal immigrants, the Dhaka City police nabbed 31 foreigners, who failed to produce their travel documents. All of them were from African countries. The report says that illegal immigrants are a big nuisance and are often responsible for crimes in the city.

Samakal reports that Bangladesh has failed to maintain a record of illegal immigrants. The Bengali-language daily reports that many foreigners are entering Bangladesh on a tourist visa who then end up staying back indefinitely. It further says that though these immigrants earn here, they do not pay any taxes.

To an unstarred question asked in the Lok Sabha on the status of illegal immigrants in the country, the Narendra Modi government replied in July: “Accurate data regarding number of such immigrants living in the country is not available.”

In 2018, the Indian government deported only 1,731 “foreigners” to various countries. However, there is no such similar data available for deportations from Bangladesh.

Immigrations generally take place for either economic reasons or due to compulsions arising from persecutions. It appears that Bangladesh has crossed the economic threshold, and people from poorer countries are migrating there in large numbers.

As Bangladesh’s manufacturing-based economy is booming and GDP growth rate is fairly higher than other developing Asian economies, it is leading to the creation of many low-skilled jobs there.

Illegal immigrants not a political issue there

Although the debate about illegal immigrants is finding resonance in the Bangladeshi media and the public sphere, it has not become a political issue yet.

New York-based Bangladeshi journalist Syeda Samira Sadeque wrote in 2014 that the events unfolding in India regarding Bangladeshi illegal immigrants can have serious repercussions for Bangladesh. In an article for Scroll, she argued: “The BJP’s rhetoric (on NRC) is bad news for those who champion secularism in Bangladesh.”

She quotes from a post in a Bangladeshi English daily that read: “What the Indian political establishments apparently do not realise that such election-time political rhetoric by people like Subramanian (Swamy) could give rise to communalistic reaction on this side of the border.”

Mexico has just sent back 311 Indians who were trying to enter the US illegally. These immigrants were allegedly duped by agents who promised them safe passage to the US, and charged them a staggering Rs 25-30 lakh per person. None of them had any travel documents or visa for entering Mexico or the US. Mexico has in recent months stepped up action against illegal immigrants, after giving in to pressure from the US.

Indian illegal immigrants are making news in many parts of the globe. Recently Wall Street Journal reported, citing data gathered by Pew Research Center, that India has become the “fastest-growing source of new illegal immigrants to the US”.

As far as the absolute numbers are concerned, India lags behind Mexico, El Salvador and Guatemala, but is still catching up fast. The WSJ report also mentioned that there were as many as five lakh “unauthorised Indian immigrants” living in the US in 2014.

Indians sneaking in illegally to the US or Europe is not a new phenomenon. But this grabs headlines mostly in cases of tragic incidents like the 1996 Malta boat tragedy, when 283 youths, mostly Punjabis, while trying to reach Italy illegally, died after their ship capsized in the Mediterranean sea.

In June this year, a 6-year-old Indian girl was found dead by the US Border Patrol agents at the US-Mexico border. The girl’s family along with a few others were trying to cross the US border illegally with the help of “smugglers”.

So, while we repeatedly rake up the issue of illegal immigrants in India, we must also realise that India and Indians are also under heavy scrutiny abroad. And not only in the US, Canada and in the Europe, but also in neighbouring Bangladesh.