How Israel uses Bollywood to whitewash the occupation 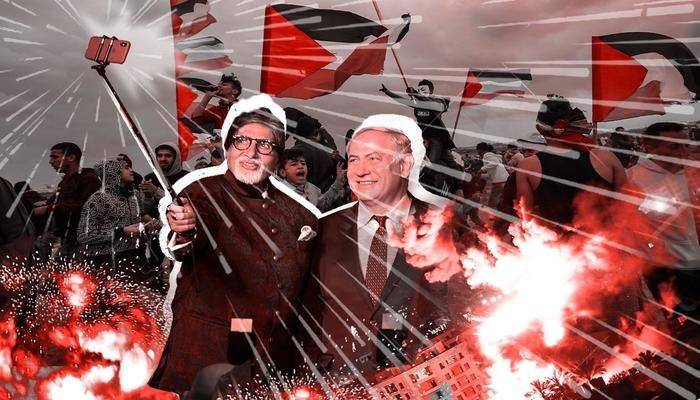 Bollywood has been wooed by Israel, with tax breaks, film funding and Benjamin Netanyahu's visit to Mumbai in 2018 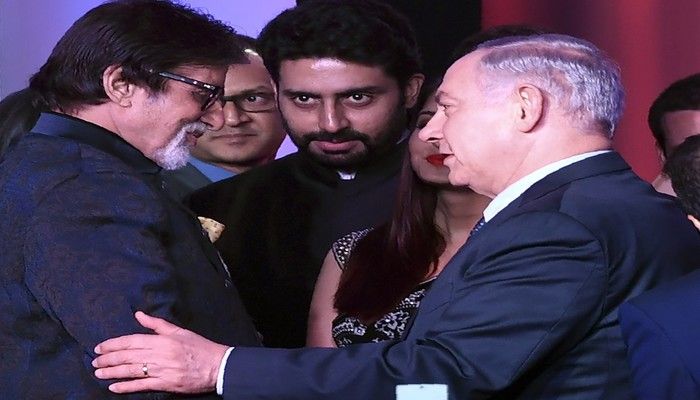 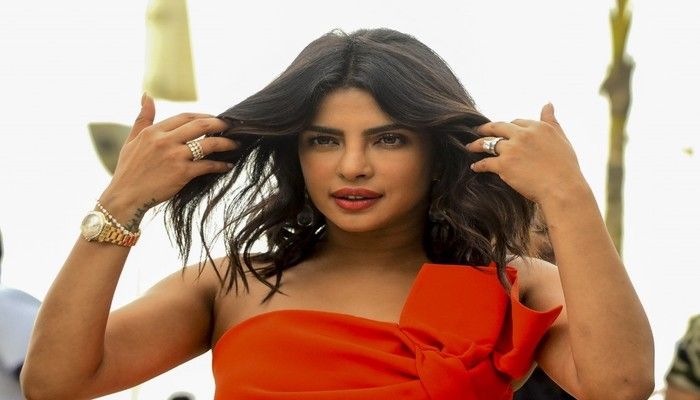 Between Tuesday and Thursday this week, Bollywood actors are travelling to Israel for the Indo Fest TLV, a "cultural showcase" touted as the biggest event in the history of India-Israel cultural relations.

The festival - featuring Anil Kapoor, Amisha Patel and at least eight other stars of Indian cinema - promises to be a cultural extravaganza designed to draw Israel and India closer to one another, with some 30,000 Indians expected to attend a slew of activities in Tel Aviv.

But the event has been mired in controversy and confusion even before it began.

Last week, activists from the Boycott Divestment and Sanction (BDS) campaign urged its supporters to apply pressure on the stars to abandon the visit and honour the cultural boycott of Israel.

On Tuesday, Sophie Choudry, one of the actors on the programme, told MEE that the event had been cancelled, but tickets were still on sale at the time of writing and there have been no official communication to confirm Choudry's assertion. According to the BDS movement, a similar event in 2018 was indefinitely postponed after actors were pressured to withdraw.

But with or without this event, Israel's charm offensive in Bollywood is well underway.

And it is about to reach new heights.

On 1 November, the first Hindi film to have been partially shot in Israel is scheduled for release on Netflix. Starring Sushant Singh Rajput and Jacqueline Fernandez, Drive has been marketed as a Bollywood incarnation of the Fast and Furious franchise, with scenes shot "on Tel Aviv’s boulevards and in the picturesque alleyways of Jaffa’s Old City".

"The movie revolves around stunt drivers turned getaway drivers, who use money stolen in a high-risk robbery to take a trip to Tel Aviv - the city that never sleeps and is known for its nightlife, beaches and parties," as one Israeli news site described it.

In many ways, Drive will be the first return on an investment to leverage Bollywood's soft power to tackle Israel's deteriorating image in the Western world.

In a bid to enter new markets and lure tourists, Israel has offered to invest in films as well as tax incentives; Drive was funded in part by the Israeli Tourism Ministry and the Prime Minister’s Office.

Robindra Deb, a member of South Asia Solidarity Initiative's (SASI) organising collective based in New York City, told MEE that the burgeoning ties between Israel and Bollywood were “a troubling sign of India’s growing ties to Israel and its support of the occupation of Palestine”.

The Israeli project to whitewash the occupation of Palestine has found an obliging audience among an Indian media already drowning in Islamophobia and revisionist nationalist narratives of its own.

"Israel's connect with Hindi cinema dates back to the early 1900s," says the introduction of one Indian television programme focusing on Bollywood's Jewish history during the silent film era, even as it goes on to acknowledge that the early actors were "Baghdadi Jews".

It also ignores the fact that Israel was not formed until 1948 when the silent film era was long over.

Suchitra Vijayan, director of the Polis Project, a research and journalism hub based in New York, says Bollywood's willingness to participate in Israel's project of appropriation is no surprise.

"Israel colonises art, it colonises culture. Bollywood is the just most brazen example of that method. Palestine has had a longer relationship with the subcontinent, and Israel is attempting to erase those ties, too," Vijayan told MEE.

According to the Indian government, there are some 85,000 Jews of Indian origin now living in Israel. There are also 12,500 Indian citizens working in a variety of jobs, including healthcare, IT and the diamond trade.

According to organisers, some 30,000 Indians are expected to attend the three-day event in Tel Aviv.

Vijayan says that given India's skilled migration is still mainly upper caste, she is sure that "they take with them their rabid sense of nationalism and caste politics, which explains the inroads Bollywood has made".

"The other side of this is that India is also a huge market for Israel," Vijayan adds.

Indian and Israeli ties have improved dramatically since the early 1990s, but since Narendra Modi became prime minister in 2014, partnerships between the two countries have reached unprecedented levels.

In 2017, Modi became the first Indian premier to visit Israel, underscoring a major foreign policy shift in India. Today, India is the biggest purchaser of Israeli weapons, spending an estimated $1bn per year.

During his six-day visit to India in January 2018, Israeli Prime Minister Benjamin Netanyahu made it a point to meet with Indian actors and producers in Mumbai, including Amitabh Bachchan and Imtiaz Ali, to discuss and seal collaborations with the industry.

Since then, Israel’s representatives in India have missed no opportunity to emphasise the connections between the two countries, be it technological exchange, joint security concerns, or to boast that Bollywood has come to town.

On 3 August, known by some as "Friendship Day", the Israeli embassy in New Delhi released a video collage celebrating Netanyahu and Modi's much touted bromance. The video also featured the instrumental of “Yeh dosti hum nahin todhenge" (We will never break this friendship), a song from one of India's most iconic Bollywood films, as its background score.

Likewise, when Bachchan won India's highest award in cinema in late September, Ron Malka, Israeli ambassador to India, was among the first to tweet his congratulations.

Action star Tiger Shroff was also expected to travel later this year to Tel Aviv to learn the Israeli army martial art Krav Maga for a new film. The trip was only cancelled when filmmakers felt the action sequences would be too repetitive.

Apoorva PG says that Israeli authorities have made no secret that the attempt to woo Bollywood is about dismantling BDS and improving Israel’s image in India.

“Israel is offering benefits to Indian filmmakers so that they come and shoot their films in Israel," Apoorva said.

The spokesperson for the Israeli embassy in New Delhi did not reply to MEE’s request for comment.

It is also an open secret that some of Bollywood's biggest stars are purveyors of the status quo, rarely ever standing up to it. Bollywood is replete with examples of films that either minimise and stereotype minorities, or advance state talking points.

Through Bollywood, she says, India is increasingly "normalising and popularising the everyday military industrial complex".

Earlier this year, actress and Unicef peace ambassador Priyanka Chopra encouraged war between India and Pakistan following an attack on Indian troops in disputed Kashmir. When India began its communication blockade on Kashmir on 5 August, veteran Indian actor and Hindu nationalist Anupam Kher tweeted that the “Kashmir solution” had begun.

"When Priyanka Chopra wanted to transition from Bollywood to Hollywood, she chooses to become an FBI agent [in television show Quantico] and becomes the eloquent, sexy voice of the empire, killing fellow brown people in the name of national security," Vijayan says.

In September, Bollywood superstar Shahrukh Khan released a series on Netflix, Bard of Blood, that focuses on the insurgency in the Pakistan state of Balochistan. On its own, the plot might appear compelling, but Balochistan has long been an official talking point of the Modi government used to deflect criticism about its occupation in Kashmir.

"Bard of Blood also paints most of its Pakistani and Afghani characters as devoid of any moral code, depicting them either as adulterers, paedophiles, or fanatics who behead people the instant someone angers them," one review of the series reads. "Meanwhile, most of the Indian characters are upright citizens and just trying to do the right thing. It's simplistic storytelling essentially, which shows the villains as all black and the heroes as all white."

Given its history as a vanguard of the status quo, if there is growing internal dissent within Bollywood the public isn't likely to see it.

In September, 49 theatre artists, some associated with Bollywood, wrote an open letter to Modi calling for an end to lynchings in India - only to be immediately charged with sedition.

"Campaigns relating to Bollywood and the cultural sphere in general are very important to us," Apoorva PG says. "They not only reflect Israel's established strategy of cynically using art to deflect attention from its occupation and apartheid, more importantly they reflect the growing popularity of the BDS movement.

"Ultimately, we are asking Bollywood to stand against apartheid and not be a tool for Israel's cynical use of their talent and popularity."