Asia’s unions could grow their power while helping informal and precarious workers to secure their labour rights, but they would need to up their game, writes Michele Ford 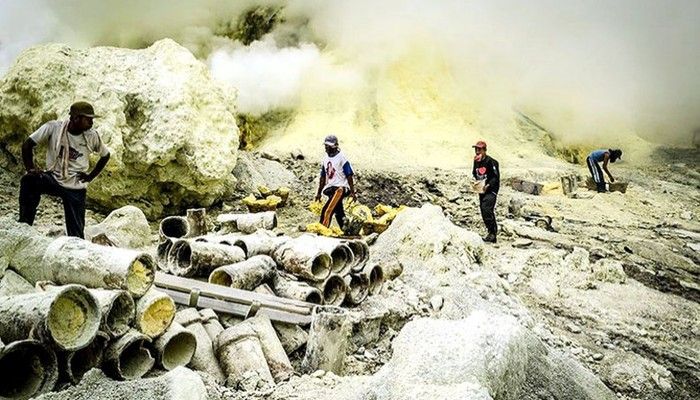 IN THE global north, changes in the organisation of work and employer strategy have rendered existing unions less powerful and put unionism out of reach for large groups of workers. In Asia, the situation is even more complex. Many Asian countries have large informal sectors, unregulated by labour law and unrepresented in the formal industrial relations system. In addition, large numbers of workers are employed on an informal basis within formal sector industries.

In many cases, Asia’s unions have ignored these precarious workers. This is perhaps not surprising since many of the region’s labour movements are weak from decades of repression and sometimes struggle to represent the interests even of their ‘core’ membership. Informal associations, many of them supported by non-governmental organisations, and even the international labour movement have tried to fill the gap. Yet — despite their evident weaknesses — unions remain an important part of the puzzle by virtue of their role in national industrial relations systems and the international bodies that set labour standards.

The informal sector and beyond

A LARGE proportion of Asia’s workforce are employed in informal occupations, with rates of informal work ranging from a low of 20 per cent in Japan to above 90 per cent in Cambodia, Laos and Nepal. Classic informal occupations include street vending, parking assistance or rubbish picking. But informal workers are also found in formal sector industries, as in the case of homeworkers employed by large garment manufacturers. These longstanding categories of informal workers have been augmented in recent years with the emergence of the gig economy, where workers are formally categorised as independent contractors despite their employment-like relationship with platforms like Uber.

In addition to informal sector workers, Asia’s economies are home to a growing group of precarious workers in mainstream workplaces like factories. According to one study, non-standard work accounts for about one in three rank-and-file workers in the Philippines, and close to one in four of all employed persons in Malaysia. Employed through labour outsourcing companies, casually or on short contracts, these precarious workers often do exactly the same work as permanent employees. This increase in precarious work is not limited to developing Asia. It is also widespread in the advanced economies in the region, including Singapore, Japan and South Korea. In South Korea, for example, it is estimated that over a third of the workforce is employed in some form of precarious work.

Benefits and limits of non-union organising

THERE are many kinds of organising initiatives that involve precarious workers, from tiny community collectives, to associations of app-based transport workers, to India’s famous Self Employed Women’s Association, which brings together home-based workers, small-scale vendors, daily labourers and service providers. A more recent example of non-union organising has emerged alongside the growth of the gig economy. In India, for example, app-based transport providers have organised mass protests, including a strike for thirteen days in February 2017 of Uber and Ola drivers. In Indonesia, too, app-based transport providers have formed local collectives that come together in regional driver associations. Through these collectives and associations, drivers have mobilised to demand that the app companies improve wages and conditions and that the government recognise them under labour law.

Non-union worker associations often focus on practical measures like improving the economic position of their members by establishing cooperatives or providing support when their members get into some kind of trouble. Their strength lies in their responsiveness to the needs of workers that sit outside the constituencies of mainstream unions. For example, migrant domestic worker organisations in Hong Kong focus on the needs of women who come to the city-state to live and work in their employers’ homes, dealing with issues ranging from sexual violence and unwanted pregnancy to unpaid wages and immigration matters.

These kinds of organisations do have some weaknesses, however. If they are purely self-supporting it is difficult for them to scale up, or sometimes even sustain, their activities. Where they are more formalised, they tend to rely on external support from NGOs or the international labour movement. For example, the IUF — one of the global union federations — sponsored the formation of the International Domestic Workers Federation and provides a home for SEWA. These relationships mean that such organising initiatives are vulnerable to changes in the focus of supporting organisations or in the funding priorities of these allies or their donors.

Perhaps even more important in terms of the bigger picture, non-union worker organisations operate outside the formal industrial relations system. Registered unions (at least in theory) have the right to bargain collectively on behalf of their members through formal industrial relations mechanisms and participate in tripartite structures at the local, national and international levels — including the International Labour Organization, the world’s primary labour standard-setting body. Other kinds of organisations do not have these rights. As a consequence, they have to rely primarily on campaigning or mass mobilisation to promote structural change in the world of work.

ONE way to overcome this limitation is to find ways to incorporate grassroots organising initiatives into the union movement. Take, for example, the case of temporary labour migrants. In South Korea and Hong Kong, migrant-only unions sit under the umbrella of a progressive union confederation. In these and some other Asian countries, unions also reach out to migrant workers directly with a view to recruiting them as regular members. For example, the Timber Employees Union Peninsular Malaysia began organising foreign workers in 2006 with the help of a Nepalese organiser funded by BWI, another of the global union federations. By 2008, migrants accounted for over 10 per cent of the union’s total membership.

Encouraged by the international labour movement, several Asian unions have also made attempts to grow their membership by recruiting other kinds of precarious workers. For example, the General Federation of Nepalese Trade Unions has grown its membership through a focus on organising precarious workers in agriculture. As part of this strategy, they have campaigned for the government to increase the minimum wage and to apply it to all workers. Asian unions have also experimented with reaching out to gig economy workers. In Indonesia, for example, the powerful metalworkers’ union has attempted to reach out to app-based transport workers through their local communities.

Union engagement is not always enough, especially as many Asian labour movements struggle with the legacies of authoritarianism and/or on-going persecution by their own governments. In addition, most of the region’s unions remain firmly focused on large, formal-sector workplaces in traditionally unionised industries. In these circumstances, it makes absolute sense for sectoral unions to organise precarious workers in those industries. The argument for targeting other groups of precarious workers is, however, much less compelling. Some activists may argue that unions’ narrow sectoral focus constitutes a damaging form of labour aristocracy, but there is a very real risk that they could spread themselves too thin. In such cases, then, union involvement in advocacy or political campaigns — alongside NGOs and grassroots worker associations — may be the best way to help workers pursue their labour rights.

Source: OpenDemocracy.net, October 22. Michele Ford is the director of the Sydney Southeast Asia Centre at the University of Sydney, Australia.