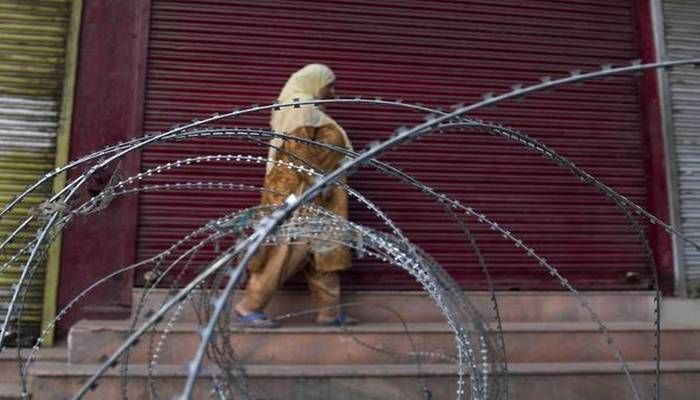 IN THE weeks following the government’s decision to amend Article 370 and divide Jammu and Kashmir into two separate union territories, the government sent out a number of diplomatic missions worldwide to try and contain the international fallout of the move. External affairs minister S Jaishankar travelled to China, Europe and the United States where he addressed a record ‘seven think tanks in seven days’ and met a number of officials and lawmakers during an extended stay. National security adviser Ajit Doval and petroleum minister Dharmendra Pradhan went to the West Asian countries: the United Arab Emirates, Saudi Arabia and Qatar. Prime minister Narendra Modi personally spoke to US president Donald Trump and other leaders to explain his move. On a visit to Switzerland, even president Ramnath Kovind found that the ‘situation in Kashmir’ had been put on the agenda by his hosts. Meanwhile, foreign secretary V Gokhale marshalled diplomats at all Indian missions worldwide and cancelled a planned heads of missions meet in India to ensure that each embassy was able to fully disseminate the talking points sent out by South Block.

THE concerted efforts by the government met with mixed results. The UN security council held a ‘closed meeting’ on the issue at China’s request — the first time Kashmir was formally on the agenda in 50 years — but to India’s relief, the meeting resulted in no public statement. The European Parliament too met and debated the situation in Kashmir, which it had last referred to more than a decade ago, but did not push for a resolution. After a visit to Srinagar, 23 right-wing members of the European Parliament appeared to endorse India’s actions, but German chancellor Merkel’s characterisation of the situation of Kashmiris being ‘unsustainable’, during her Delhi trip on Friday will be more worrying for the government. At the UN Human Rights Council, Pakistan was unable to secure the numbers to bring a resolution to the table.

At the UN General Assembly in September, only three countries other than Pakistan, referred to the post-370 fallout in Jammu and Kashmir: China, Malaysia and Turkey. A scathing statement by the Organisation of Islamic Cooperation contact group (Turkey, Azerbaijan, Niger, Pakistan and Saudi Arabia) on the government’s actions in Kashmir has been blunted by the prime minister’s visit to Riyadh. In the United States, Modi scored a big public relations win when he spoke of the 370-move at a Houston stadium with Trump in the audience.

But New Delhi still faces the risk of a US Congress resolution after the subcommittee on Human Rights in South Asia hearing last month, and critical language on Kashmir detentions and the lockdown introduced into the Senate Appropriations Bill. Much of this, as Jaishankar admitted at a public event, is fuelled by dozens of articles in the western media.

Beyond its need to control the international messaging over Kashmir with more tactical diplomacy, however, it is necessary for the government to carefully consider the larger impact on Indian foreign policy that has resulted from its actions leading up to, and subsequent to the amendment of Article 370 of the constitution on August 5. Three tenets of that policy, in particular, appear to have been violated.

To begin with, the issue of Kashmir has been ‘internationalised’ in a manner not seen in decades, at least since the early 1990s when violence in the state was at a peak. In 1994, when India had last come close to a resolution against it at the UN Human Rights Council, prime minister PV Narasimha Rao had sent a high powered delegation with then-opposition leader Atal Bihari Vajpayee, Jammu and Kashmir leader Farooq Abdullah and Congress leader Salman Khurshid to Geneva. Not only was the delegation successful in ensuring that Pakistan withdrew its resolution against India before the vote but the question of a resolution at the UN did not rear its head again, until this year.

THE second tenet is the ‘hyphenation with Pakistan’ that New Delhi has always sought to avoid. Under this policy, India managed to separate its policies in Jammu and Kashmir from its relationship with Pakistan and dealing with terror emanating from there. However, especially after the Pulwama attack and the Balakot strikes in February this year, it is clear that in capitals worldwide, events in Kashmir are now increasingly conflated with fears of an India-Pakistan conflict. Much of the hyphenation is self-inflicted as the government raises Pakistan as a salient point on its agenda at every international forum, including at the Non-Aligned Movement summit last week.

The third tenet being challenged now is India’s traditional rejection of ‘mediation by third parties’. In February, Trump claimed success in mediating the release of Indian Air Force pilot Abhinandan Varthaman, and has followed up that effort with repeated mentions of wanting to mediate on Kashmir between India and Pakistan, including in September during his bilateral media interaction with Modi. Others including everyone from the UAE and the Kingdom of Saudi Arabia, to Norway, Russia and China have made similar offers.

What makes these diversions from India’s traditional foreign policy more troubling is they are necessitated despite the fact that India has a decided upper hand over Pakistan in the international community, and at a time Pakistan’s establishment has little credibility for its own Kashmir policy and its support to terror groups.

Signals even from friends

FURTHERMORE as New Delhi targets China, Turkey and Malaysia as part of its ‘zero sum’ game with Pakistan, it must recognise that international criticism of its actions post-370 is largely coming from other countries that enjoy the best relations with India, and by leaders in those countries who have often spoken up for India. Most of that criticism is over the treatment of citizens in Jammu and Kashmir, the prolonged detention of mainstream Kashmiri leaders, the communications shutdown, and the lack of access to independent observers.

The biggest worry pertains not so much to the change in traditional policy as it does to lasting or permanent damage to ‘Brand India’ as a democratic and pluralistic country, respected for decades as a rational power. In the United States, for example, concerns over the government’s actions post-370 are now often clubbed with questions about a changing nuclear stance (No First Use, or NFU, amendments), and the repeated threat from cabinet ministers that India will seek to ‘take back’ Pakistan occupied Kashmir by military means if necessary. Those concerns are bleeding into other issues like the National Register of Citizens in Assam as well, which both the US Congress and the UN discussed in tandem with Kashmir this past month.

As the government fights all aspects of this perception battle worldwide, it is banking on the fact that criticism in world capitals will peter out once it lifts restrictions in Jammu and Kashmir, contingent on its ability to control any violent aftermath. In that sense, its predicament is akin to that of a man who has stepped on a landmine, and now hesitates to lift his boot for fear of triggering an explosion, but equally, knows he cannot stand in that position for an unlimited time.