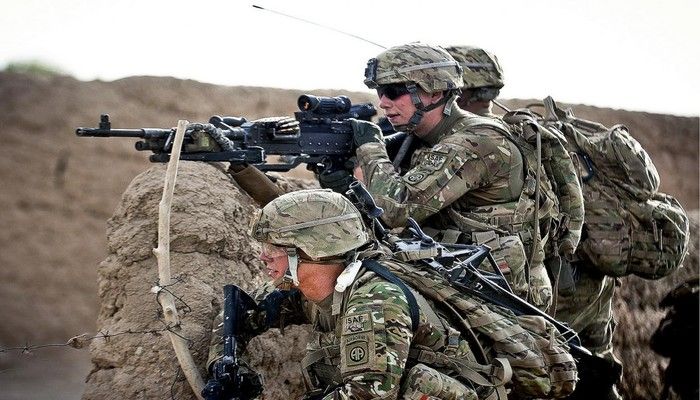 It’s due to the confusion prevailing in the White House, the US military and the CIA over the fate of the US’ longest-ever war. The CIA wants to really ‘do’ something before the unpredictable US President makes a sudden announcement to end the US’ most “useless war.” The US President aims to end the war but wants to do it in a way that will allow him to project it as a ‘victory’ in the upcoming US Presidential election.

But who pays the price for all this? The people of Afghanistan.

According to a recent report of Human Rights Watch (HRW), human rights abuses and extra-judicial killings in Afghanistan have been on the rise lately. With the CIA-sponsored Afghan militias turning their guns increasingly on unarmed civilians in the Taliban-controlled areas, a ready-made cause for a resurgence of Taliban insurgency becomes instantly available. The war that this fuels gives the occupying forces an excuse to be stationed to wage the old war. This is an illustration of the cycle of violence that has existed in Afghanistan for long becoming part of everyday life in many parts of the country.

HRW’s report mentions CIA-backed groups operating under the shadow of the regular Afghan forces and the NATO /US troops duly enjoying air support as well. The report has documented 14 different cases of “night raids”, where these forces committed “serious abuses between late 2017 and mid-2019”, adding further that these 14 cases are an apt illustration “of a larger pattern of serious laws-of-war violations—some amounting to war crimes—that extends to all provinces in Afghanistan where these paramilitary forces operate with impunity.”

Since these groups move in tandem with the US/NATO forces, the responsibility for abuses lies squarely on them too.

According to the report, these forces “largely have been recruited, trained, equipped, and overseen by the CIA. They often have US special forces personnel deployed alongside them during kill-or-capture operations; these US forces, primarily Army Rangers, have been seconded to the CIA” who can call for aerial support even when the US forces are not present alongside them on the ground.

What these forces do involves raiding houses at night and engaging in a “willful violation of the law”, going even to the extent of summarily executing or even making people “disappear” for an indefinite period of time, refusing to give the accused’s family any information about his location and whether or not he is dead.

What adds to the misery of the people is an absolute absence of mechanisms of investigation and redress. To quote the HRW report again, “Under the laws of war, the government has an obligation to investigate alleged war crimes by its forces and appropriately prosecute those responsible. Neither the Afghan military nor the government has developed any meaningful capacity to investigate possible violations arising from their military operations.”

Whereas these forces continue to operate with impunity, the US/NATO forces have seemingly started relying on an even bigger scale on them—a decision that seems to have been take in view of what the recent SIGAR report describes as “increasingly sophisticated and effective” Taliban attacks.

The Taliban attacks are an indication of the way they continue to stay strong and grow stronger on the ground due mainly to the abuses that CIA-backed forces commit. The Taliban get a context to win more and more popularity and territorial sanctuaries and space to plan and carry out attacks.

According to the NATO Special Operations Component Command-Afghanistan (NSOCC-A), the 2,531 ground operations conducted by ASSF (Afghan Special Security Forces) from January-September 2019 have already outpaced the total (2365) for all of 2018.

Besides, according to US Air Force Central Command, the U.S. and coalition forces dropped more bombs in September this year (948) than at any other time since 2010.

The heightened war, intensifying against the backdrop of an even stronger US bid to outflank the Taliban before an eventual deal with them is signed, is already causing more civilian casualties. The United Nations Assistance Mission in Afghanistan (UNAMA) recorded what it called an “unprecedented number of civilian casualties” in the third quarter of 2019. A separate BBC report recorded that on average of 74 men, women and children are killed in Afghanistan every day.

If the purpose of the US/CIA’s heightened war in Afghanistan is to put pressure on the Taliban and make them give in, the result has so far been just the opposite.

Unrealistically US policy makers are pinning their hopes on a few thousand troops to do a miracle that over a hundred thousand could not in a period spanning well over a decade.

On the contrary, what the heightened war and more bombs can and will do is to continue to reproduce the cycle of violence for an unlimited period of time unless, of course, better sense prevails in Washington to restart talks with the Taliban.

The solution lies in bringing the Taliban to the political arena, not in keeping them in the battle fields spread all over Afghanistan.