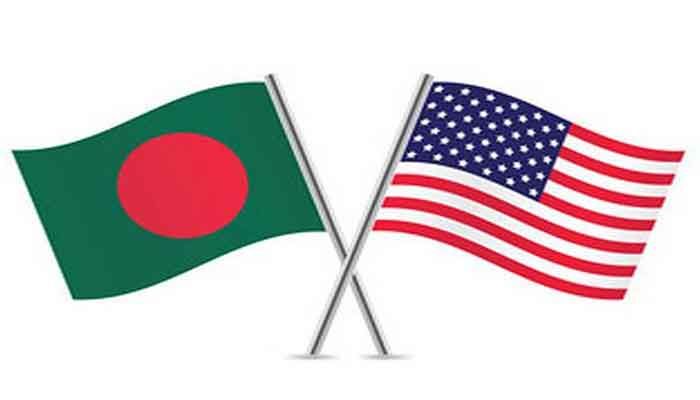 ﻿﻿﻿Bangladesh is expected to be the focus of the U.S.-led Indo-Pacific Strategy when Deputy Secretary of State Stephen Biegun arrives in Dhaka for a visit from October 14-16.

The visit by the senior American official is the first such attempt by the U.S. administration to engage Dhaka directly ever since Beijing undertook several proactive measures to help the South Asian country deal with the COVID-19 pandemic.

“The Deputy Secretary’s engagement in Bangladesh will focus on advancing our common vision of a free, open, inclusive, peaceful, and secure Indo-Pacific region with shared prosperity for all, U.S.-Bangladesh cooperation on COVID-19 response and recovery efforts, and sustainable economic development,” the U.S. Embassy in Dhaka said in a statement announcing Mr. Biegun’s visit.

The visit of the senior American official is the clearest sign so far of Trump administration's desire to draw Bangladesh closer as a key Indo-Pacific partner. Bangladesh has not hosted a senior U.S. diplomat of this stature since the visit of Secretary of State John Kerry in August 2016 during the last phase of the Obama administration.

Mr Biegun’s visit to Dhaka will be followed by his interactions in New Delhi. The senior diplomat will arrive in India on Monday where he is expected to do the groundworks for the “2+2” dialogue between Secretary of State Mike Pompeo and U.S. Defence Secretary Mark T Esper and their Indian counterparts External Affairs Minister Dr. S. Jaishankar and Defence Minister Rajnath Singh during the coming weeks.

The American campaign to draw Bangladesh into a closer embrace in the Indo-Pacific has been growing steadily over the past few weeks.

Mr. Esper spoke with Prime Minister Sheikh Hasina on September 11 when both sides explored cooperation within the framework of the Indo-Pacific Strategy. The discussion with Ms Hasina, who also holds the defence portfolio, was followed by an interaction between Deputy Assistant Secretary of State Laura Stone and Bangladesh decision makers. The interactions and the visit of Mr. Biegun is especially significant as they are being held in the backdrop of growing display of Chinese assertiveness in the region.

It is significant that the U.S. is focusing on Bangladesh, a close neighbour of India after concluding a Defence Cooperation Agreement with the Maldives in September. This is part of a trend of the direct exchanges between the U.S. and smaller South Asian nations in recent weeks.

China which has already gained several landmark infrastructure projects in Bangladesh, sent a medical team to Dhaka to assist with the COVID-19 situation and has received Dhaka's permission to carry out human trials of an anti-COVID-19 vaccine being produced by Sinovac Biotech, a private company in China. The decision to carry out the Phase 3 human trial of the Chinese vaccine was announced by Bangladesh on August 27.

The seemingly intense interactions between China and Bangladesh have attracted attention from multiple stakeholders including Indian commentators, who have viewed the Beijing-Dhaka exchanges through the prism of ongoing tension along the India-China LAC in Eastern Ladakh.

Earlier, the U.S. sent out a clear message about its regional ambition in the Indo-Pacific with the National Security Advisor Robert O’Brien referring to the Communist Party of China’s “territorial aggression” along the Line of Actual Control with India.

Mr. Biegun’s visit gives Dhaka a chance to take up the Rohingya issue with the United States. The issue is among the most important for Bangladesh and it has discussed the same with India repeatedly ever since the community was displaced from the Rakhine State of Myanmar because of Yangon’s military campaign.

However, China has also signalled that it remains alert to Dhaka's serious concern about Myanmar refusing to take back the Rohingya refugees. On Sunday, Chinese ambassador to Bangladesh Li Jiming met with Foreign Minister Dr. A K Abdul Momen and expressed Beijing’s concern about Myanmar’s lack of interest in repatriating the million plus Rohingya refugees from Bangladesh.

*The Writer is The Hindu Journalist