Will Peace Return to The South Caucasus? 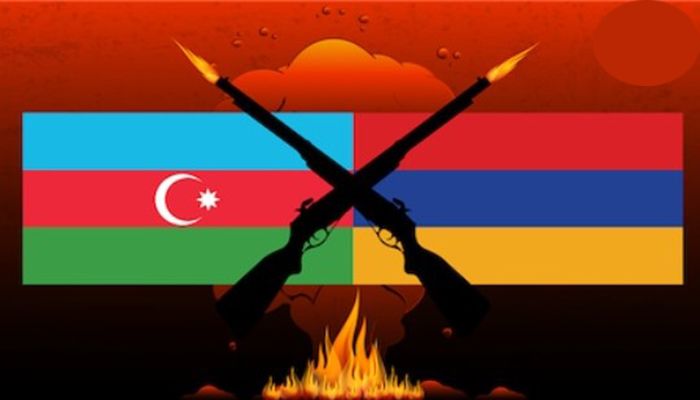 No one wants war. Yet People have spread violence. Repeatedly they engaged in wars. Some countries have led the aggression while some are victims. The conflict is going on. Someone is continuing to occupy by force of power. The war between Azerbaijan and Armenia started late last month. The two countries agreed to calls for peace talks after Russian President Vladimir Putin came forward to mediate between them. Armenia and Azerbaijan have agreed to an interim cease-fire. More than three hundred have been killed in the ongoing fighting between the two countries. The number of homeless people has increased. The number of causalities and other losses will increase as the days go by. Whether military or Civilian, Everybody is a human being. At the same time, there is loss of property. The two countries have been embroiled in a decade-long conflict over Nagorono and Karabakh, a disputed area in the south Caucasus. Relations between the two countries are hostile for many years. Both countries are members of the Regional security Alliance ''Collective Security Treaty organization.'' When a real all-out war breaks out, the war is not only confined to the two countries. The first war between the two countries over the same issue in the late 1980s. Both countries were part of the Soviet Union. At the collapse of the Soviet Union in 1991s, the conflict escalated. Thirty thousand people were killed in the clashes in the region before 1994 before the ceasefire. The conflict now begins with the Karabakh, territory of Azerbaijan, which is controlled by the Armenian separatist ethnic group.

Armenia is supporting them. So it is a disputed area. Although the region was separated from Azerbaijan by the war in the 1990s, no country recognized it as an independent state. This is the most intense fighting between the two countries since 2016. This has led to concerns about the stability of the South Caucasus region. War does not bring good for any country. The war is basically about the interests of one side or the other. In this case, too, both countries are suffering. People do not want war, they need peace. In the past, Conflict between the two countries has been brought under control in a few days. But will it be possible again? If the war will spread everywhere, there may be a danger. Both countries have allies.  If two countries respond considering the overall peace then perhaps this war will not go too far.

The world superpowers have an important role to play to hold this war permanently. Efforts should be made to keep both sides calm after not engaging in a war on behalf of either side.  It should be understood that the world now has many perilous weapons. Uses of these arms pose a threat to the existence of human civilization. Today countries are spending a mentionable part of their economy behind the arms race. The war between Azerbaijan and Armenia will end one day. The conflict between the two countries should be stopped permanently. A temporary ceasefire will help establish peace in the region. Sustainable solutions to this problem are needed. Because even after the declaration of a ceasefire, one country has accused another of attacking. We need to think about how to resolve the conflict in this Zone. The sooner the war between these two countries will end the better for the South Caucasus and for the world. For this, world leaders must come forward. Negotiations are the way to a solution. Permanent peace must be established in the region on the basis of consensus.