To Be the Next China, India Must First Beat Bangladesh

The West wants a meaningful counterweight to China, but that partnership will be predicated on India not getting stuck in a lower-middle-income trap. 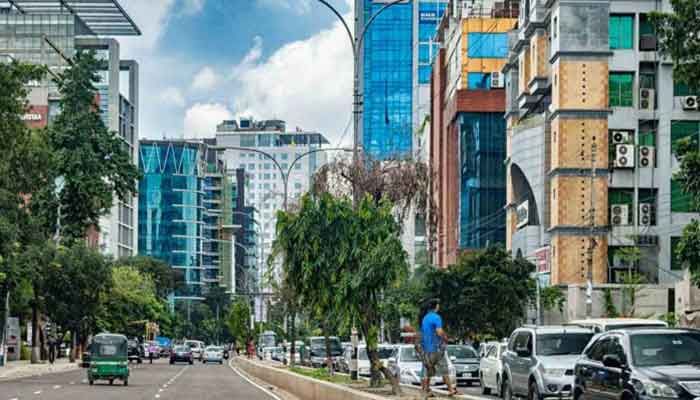 ﻿India’s Covid-19 economic gloom turned into despair this week, on news that its per capita gross domestic product may be lower for 2020 than in neighbouring Bangladesh.

“Any emerging economy doing well is good news,” Kaushik Basu, a former World Bank chief economist, tweeted after the International Monetary Fund updated its World Economic Outlook. “But it’s shocking that India, which had a lead of 25% five years ago, is now trailing.”

Ever since it began opening up the economy in the 1990s, India’s dream has been to emulate China’s rapid expansion. After three decades of persevering with that campaign, slipping behind Bangladesh hurts its global image. The West wants a meaningful counterweight to China, but that partnership will be predicated on India not getting stuck in a lower-middle-income trap.

The relative underperformance may also dent self-confidence. If a country with large-power ambitions is beaten in its own backyard — by a smaller nation it helped liberate in 1971 by going to war with Pakistan — its influence in South Asia and the Indian Ocean could wane.

Where have things gone wrong? The coronavirus pandemic is definitely to blame. Bangladesh’s new infections peaked in mid-June, while India’s daily case numbers are starting to taper only now, after hitting a record high for any country. With 165 million people, Bangladesh has recorded fewer than 5,600 Covid-19 deaths.

While India has eight times the population, it has 20 times the fatalities. What’s worse, the severe economic lockdown India imposed to stop the spread of the disease is set to wipe out 10.3% of real output, according to the IMF. That’s nearly 2.5 times the loss the global economy is expected to suffer.

Fiscal squeamishness, an undercapitalized financial system and a multiyear investment funk would all delay India’s post-Covid demand recovery. Worse, even without the pandemic, India might have eventually lost the race to Bangladesh. The reason is nested in a new paper by economist Shoumitro Chatterjee of Pennsylvania State University and Arvind Subramanian, formerly India’s chief economic adviser, titled “India’s Export-Led Growth: Exemplar and Exception.”

Consider first the exceptionalism of India’s growth. Bangladesh is doing well because it’s following the path of previous Asian tigers. Its slice of low-skilled goods exports is in line with its share of poor-country working-age population. Vietnam is punching slightly above its weight. But basically, both are taking a leaf out of China’s playbook.

The People’s Republic held on to high GDP growth for decades by carving out for itself a far bigger dominance of low-skilled goods manufacturing than warranted by the size of its labor pool.

India, however, has gone the other way, choosing not to produce the things that could have absorbed its working-age population of 1 billion into factory jobs. “India’s missing production in the key low-skill textiles and clothing sector amounts to $140 billion, which is about 5% of India’s GDP,” the authors say.

If half of India’s computer software exports in 2019 ceased to exist, there would be a furor. But that $60 billion loss would have been the same as the foregone exports annually from low-skill production.

It’s real, and yet nobody wants to talk about it. Policymakers don’t want to acknowledge that the shoes and apparel factories that were never born — or were forced to close down — could also have earned dollars and created mass employment. They would have provided a pathway for permanent rural-to-urban migration in a way that jobs that require higher levels of education and training never can. Bangladesh has two out of five women of working age in the labor force, double India’s 21% participation rate.

A bigger danger is that instead of taking corrective action, politicians may double down on past mistakes and seek salvation in autarky: “Poorer than Bangladesh? Never mind. We can erect barriers to imports and make stuff for the domestic economy. Let’s create jobs that way.” Suddenly, the 1960s and ’70s slogan of self-reliance is making a return in economic policy.

It’s in dispelling this pessimism that the Chatterjee-Subramanian study comes in handy again: Contrary to popular belief, India has been an exemplar of export-led growth, doing better than all countries except China and Vietnam. The glass is more than half full.

Trade has worked for the country. It’s the composition that’s wrong, because of an unusual “comparative advantage–defying specialization,” the researchers show. India exports a lot of high-skilled manufacturing goods and services, such as computer software. But as the world’s factory, China is now ceding room to others at the lower end of the spectrum. That is where India’s opportunity — and the competitive advantage of its cheap and not particularly healthy or well-educated labor — really lies.

Given the urgent challenge of creating at least 8 million jobs year after year, it’s also the country’s biggest post-pandemic headache.-Bloomberg.

*The writer is a Bloomberg Opinion columnist covering industrial companies and financial services.