If the race really is where it seems to be, the president needed more than a few triumphant exchanges with Joe Biden 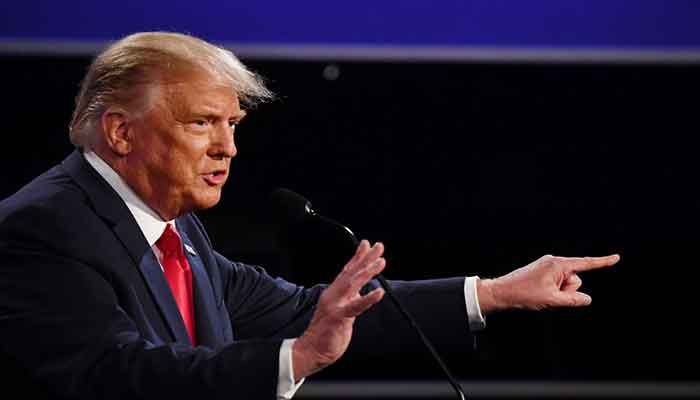 ﻿Both presidential candidates were on better behaviour for the second debate than for the first, which meant each could speak in full sentences without being interrupted by the other's insults. As different as the debates were, though, the upshot was the same.

Most of the evidence we have suggests that President Donald Trump came into each debate significantly behind Joe Biden, and in neither of them did the president manage to shake up the race to his advantage.

Even at their most focused, both candidates revealed their flaws. Biden continued to dissemble about his record on fracking: He was for banning it during the primaries; now that he wants to win Pennsylvania, he is calling anyone who recalls that fact a liar.

Trump continued to speak as though happy talk were the main way to show leadership during the Covid-19 pandemic. "We are turning a corner," he said, eight months after he talked about how it was "going to disappear."

Neither of them was impressive on health care. Trump was asked what he would do if the lawsuit against the "Affordable Care Act" that he backs were to succeed (improbably) in taking down the law.

He said that people with pre-existing conditions would still be protected. How he would accomplish this goal, he never even tried to explain.

Biden, meanwhile, has a health-care plan, but appears not to know much about it. Just as in his first debate with Trump, he said that his proposal for a new "public option" for health insurance would be open to people who were eligible for Medicaid but who live in states that have not expanded it.

The plan on his website goes well beyond that. He said that nobody would lose private health insurance coverage under his plan, either. He should have learned from serving under President Obama that such blanket promises cannot be kept, and making them is asking for trouble.

I thought I saw a spark of real, and welcome, passion from Biden on family separation. He had much the better of that argument. His answer was marred only by letting Trump muddle the issue.

The president pointed out, correctly, that the Obama administration had separated families, too. What Biden should have said is that law enforcement often has that unfortunate effect — but the Trump administration deliberately and callously ramped up its immigration enforcement in a way it knew would break up many more, and many peaceful, families.

Republicans running alongside Trump had to be cheering at many of the shots he took at Biden. He was effective in repeatedly asking how the former vice president could make so many promises that he had not accomplished in 47 years in public life.

That line of attack differs from some of the other themes Trump repeated in the debate — his victimization by Robert Mueller, Hunter Biden's misconduct — in that it has to do with outcomes for voters. Trump should probably make his point about the contrast between Biden's platform and his decades in office a bigger part of his message.

Any campaign advice Trump is getting depends on the assumption that it is not too late for him. There is a case for optimism about his chances. But it is a case that relies on the election being closer than it looks to the naked eye, because of shy Trump voters and greater enthusiasm among the president's supporters.

If it is already a close race, then the kind of campaign Trump is running, which is almost all about mobilizing his strong supporters rather than bringing over doubters, may be all he needs.

If the race is truly where it appears to be, though, Trump needed more than a relatively disciplined performance and a few victorious exchanges in this debate. He needed to say something that would make some undecided voters, and even some Biden supporters, sit up and listen to him anew. And that he did not do.

*The writer is a Bloomberg Opinion columnist. He is a senior editor at National Review, visiting fellow at the American Enterprise Institute and contributor to CBS News.