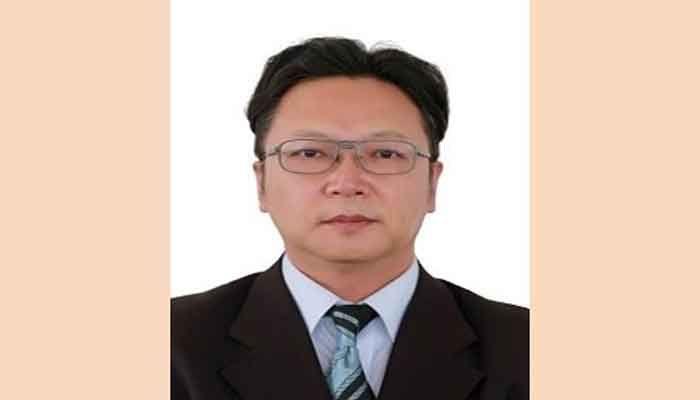 ﻿﻿In recent years, the cross-border use of the Renminbi (RMB) has sustained rapid growth and has maintained robust growth this year even despite the impact of the Covid-19 that has severely hit global trade, finance, and economy. Overtaking the US, China became the world’s largest trading nation in 2013, and the largest foreign direct investment (FDI) destination in 2014, and is expected to become the largest consumer market in 2020.

This has raised anticipation on the international currency status of the RMB to a new high. China's rapid development has created enormous opportunities for China-Bangladesh bilateral currency cooperation.

Current States and Prospects of the International Use of RMB.

Since being included in the Special Drawing Right (SDR) currency basket, the RMB has played a positive role in the international monetary system. It is increasingly used in cross-border payment and financing worldwide. More central banks hold RMB-denominated assets as reserves and the RMB as an invoicing currency witnessed remarkable progress.

Now, the size of the RMB reserves is the 5th largest in the International Monetary Fund (IMF)’s Currency Composition of the Official Foreign Exchange Reserves (COFER). Besides, the market share of the RMB in the foreign exchange trading is 4.3 per cent, ranking 5th as a payment currency globally.

Furthermore, the total cross-border RMB payments and receipts between China and the countries along the B&R reached over RMB 2.73 trillion yuan, among which the trade in goods amounted to RMB 732.5 billion yuan, and the direct investment to RMB 252.4 billion yuan.

Though a late comer in the global reserve currency family, the RMB proved to be remarkably stable and resilient amid adverse and uncertain economic conditions in recent years, including during the Asian financial crisis in 1997 and the global financial crisis in 2008. Especially during the year of 2019 and 2020, despite headwinds from the ongoing trade tensions and unprecedented disruption caused by the Covid-19 pandemic, businesses globally are still increasing their use of RMB in international transactions.

With market participants seeking a “flight to safety”, there will be a rising demand for safe assets. The RMB is well-positioned to capitalise on the expected return to normalcy of business activities in China as a result of effective pandemic mitigation and economic stimulus measures taken by the government. Given that market optimism in China is returning gradually, the RMB has stabilised compared with other major global currencies that are seeing significant drops in value.

For international market participants this is reflected in less foreign exchange volatility marking RMB-denominated investments as the preferred asset class and currency in settling cross-border payments. Resumed business activity will also bolster support in the RMB as business confidence is restored.

Notably, the new regulations and frameworks introduced by various Chinese agencies are providing greater impetus to the cross-border RMB usage. The trade facilitation arrangements with key partners, such as the Regional Comprehensive Economic Partnership (RCEP), the launch of digital currency, introduction of new Free Trade Zones, expansion of the Belt and Road Initiative and inclusion of China “A” shares in the MSCI index are among key elements.

As the RMB’s function as settlement currency has been consolidated, the function as denomination currency has been brought into play, and the attractiveness of the RMB for financing gradually emerged, in the future it is expected to see the introduction of more robust measures to shore up and strengthen the currency. Long-term outlooks hold that the Chinese currency will be one of the three currencies used for worldwide currency exchange in addition to EUR and USD.

Bilateral economic and trade cooperation between China and Bangladesh has witnessed all-round development with effective cooperation in all areas and brought tangible benefits to both peoples. Today, China is Bangladesh's largest trading partner. The annual net inflow of investment from China to Bangladesh ranked first among all the FDI (foreign direct investment) sources of Bangladesh. And Bangladesh has been one of the countries utilising the largest amount of Chinese concessional loans.

It is for sure that if the bilateral currency cooperation between China and Bangladesh is further deepened in the future, the economic and trade exchanges between our two countries will embrace new opportunities from the following perspectives:

Using RMB in trade and project financing would benefit Bangladesh

To be more specific, for businesses buying from China and selling overseas, settling such deals in RMB reduces exposure to foreign exchange risks. It also enables centralisation of foreign exchange management at the regional, group or in-house bank level, which enhances economies of scale and improves pricing negotiation. For example, entities are able to receive proceeds settled in RMB earlier, facilitating improved cash flow forecasting and negotiation for better pricing terms.

Other benefits include potential discounting from third-party suppliers and access to a larger supplier base. For companies sourcing from overseas and selling to buyers in China, there are benefits to be gained with a simpler documentation process by using RMB, thus enabling a more efficient collection cycle and access to a larger customer base. In the field of project financing, using the RMB could help Bangladesh reduce the pressure of dwindling USD reserves and mitigate adverse effects of quantitative easing.

The failure of the US government to effectively contain the Covid-19 pandemic, broader social unrest, an uneasy political climate and growing public debt concerns and so on have dampened long-term confidence in the dollar. As the RMB’s international influence grows, China will play a stronger role in shaping global financial policy in a similar manner as the US does in the modern global financial system. Due to China's explosive economic growth combined with the lagging performance of the USD, increasing the RMB reserve could help Bangladesh to manage its risk by diversifying its foreign exchange reserves.

Since the RMB is now widely used in trade, financing and capital exchanges in countries along the B&R, Bangladesh could seize this opportunity and lift the practical and comprehensive cooperation with other B&R countries to new heights.

It should be noted that some prestigious people from academia and business in Bangladesh also notice these potential advantages brought by the bilateral currency cooperation. Professor Rehman Sobhan, chairman of Centre for Policy Dialogue (CPD), in a recent webinar stressed that “RMB should constitute a part of Bangladeshi reserves and Bangladesh should make more active use of the RMB”. Mr Mahbub-Ur Rahman, Chief Executive Officer of HSBC in Bangladesh, stated that “using RMB as the trading currency in both import and export will be the trend for Bangladesh” and “the regional currency cooperation will help the rise of the export from Bangladesh to China”.

There are several ways to establish closer ties on currency cooperation between China and Bangladesh as follows:

Promoting the cooperation of RMB loans

Bangladesh could consider establishing communication with the CDB and seeking the possibility of using the RMB loans in projecting in infrastructure, basic industries, pillar industries and strategic emerging industries to realise coordinated regional development and urbanisation.

The Panda Bonds, as the onshore RMB bonds, feature low risk and stable returns, which can not only provide new channels for foreign issuers to expand financing and optimise debt structure, but also offer more options for investors to allocate funds properly and diversify the RMB-denominated asset portfolios.

Recently, Saudi Aramco, Saudi Arabia's state-controlled oil company, has raised the possibility of floating RMB-denominated bonds, which is regarded as a move that would mark a significant departure in a traditionally dollar-dominated industry. In addition, for enterprise groups that have a business foundation and demand for the use of the RMB in China, funding by issuing the Panda Bonds can reduce the risks from currency mismatch, cut exchange costs and mitigate foreign exchange risk.

The world is undergoing profound changes unseen in a century. Still, peace, development and win-win cooperation are the irreversible trend of our times. In the past 45 years, the China-Bangladesh relations have made leaps that brought us to establish a strategic partnership of cooperation. Now as both our countries are standing at a new historical starting point, we should build on our past achievements and move on to embrace the future.

Against the backdrop of surging protectionism and unilateralism, it is my sincere hope that our two countries will seize the opportunities to expand cooperation, join hands to promote the steady and sustained bilateral currency cooperation.

*He is the Ambassador of China to Bangladesh