Where Were the Protesters When the Rohingya Were Being Murdered?

Myanmar’s coup has brought thousands on to the streets, but in 2017 they were empty 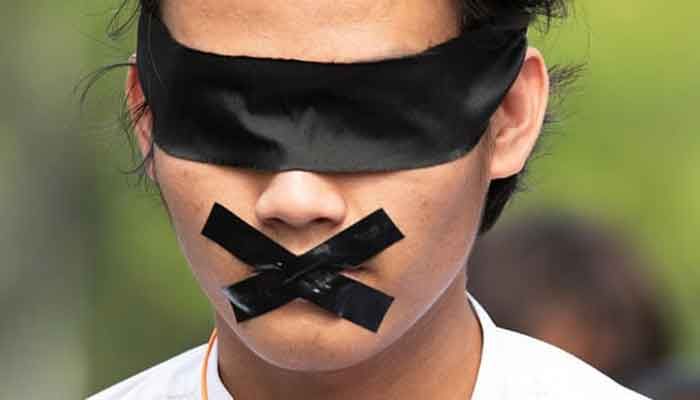 A demonstrator in Yangon, Myanmar, on Friday. Photo: Reuters

For almost three weeks there have been mass protests on the streets of Myanmar. On 1 February, the Tatmadaw, or military, moved against the government of Aung San Suu Kyi, claiming fraud in last November’s elections, which her party, the National League for Democracy (NLD), comprehensively won.

Since then, civil servants and teachers, bus drivers and garment workers have taken to the streets. Myanmar’s main city, Yangon, was brought to a standstill by a “broken-down” rally, where drivers left their cars parked across the roads, with bonnets open. There are even stories of police having joined in.

The nationwide defiance of the military coup has been courageous and impressive, and echoes similar protests in Russia, Belarus and elsewhere. But, as welcome and important as these demonstrations are, they also lead to a difficult and uncomfortable question. Where was all the marching and shouting and defiance over the past four years as the Tatmadaw organised a brutal campaign of ethnic cleansing against the Rohingya people, razing their villages, killing thousands and forcing hundreds of thousands to flee to neighbouring Bangladesh?

The Rohingya, Muslims who live mostly in the north-west state of Rakhine, bordering Bangladesh, are the most persecuted of Myanmar’s many ethnic groups. Though Rohingya have lived in Rakhine for generations, they are treated, officially and unofficially, as foreigners. The authorities refer to them as “Bengalis”, and the 2014 census refused to include Rohingya as an ethnic category.

The military junta that came to power in Myanmar in 1962 (or Burma as it was then) fomented hatred against the Rohingya as a means of cementing support. The latest and most vicious drive began in 2017. Under the pretext of a campaign against “terrorists”, the army implemented a programme of ethnic cleansing, which many deem as possessing “genocidal intent”, a clampdown as brutal as China’s suppression of the Uighurs.

And yet, the assault on the Rohingya was met with at best indifference, at worst active collusion, both from the majority population and democracy activists. The Tatmadaw began loosening its control in 2011, leading eventually to elections in 2015 which Aung San Suu Kyi’s NLD comprehensively won, as it did again last year. For all the talk of democracy, however, the Tatmadaw never relinquished power. The constitution, written by the generals, reserved a quarter of parliamentary seats for the military, gave it sole control of the three key ministries of defence, home affairs and border affairs, and a veto over constitutional change.

Aung San Suu Kyi provided a cover of democratic legitimacy. She also gave cover for brutality against the Rohingya. Many members of her NLD have been openly involved in extremist anti-Rohingya organisations. Aung San Suu Kyi herself first stayed silent, then dismissed claims of atrocities as “fake news”, and eventually backed the military’s campaign against “terrorists”. In 2019, she personally defended the military against charges of genocide at the international court of justice in the Hague.

Her supporters have claimed that she had no choice, that it was not possible to challenge the might of the military; that if she did, it would turn on her, and so she had to accommodate it. As the coup demonstrates, accommodating the wishes of the military has made little difference. The generals still turned on her when it suited them.

There is a deeper question, too: what price is a movement for democracy willing to pay to win a slice of power? Compromise may be inevitable in a situation such as Myanmar’s, where the choice may be between working with the military or continued military rule. For many, though, and most especially for the Rohingya, the difference between the two has been hard to discern.

Failing to defend the Rohingya has only weakened the movement for democracy. There can be no form of democracy or freedom bought at the expense of the most vulnerable or despised in a society. This is true not just of the Rohingya in Myanmar, but of Muslims in India, of women in Saudi Arabia, of migrant workers in South Africa, of undocumented migrants in Europe.

There are stories now of new links being forged between the democracy movement and Rohingya activists. Many Rohingya have joined the anti-coup protests, while democrats’ hostility towards Rohingya seems to have reduced. Trade unions, too, are beginning to forge new relationships with the struggle both for democracy and for Rohingya rights.

Whether these tentative steps develop into a proper movement remains to be seen. But one thing is certain: there can be no democracy unless there is democracy and equal rights for all.

* The writer is an Observer columnist