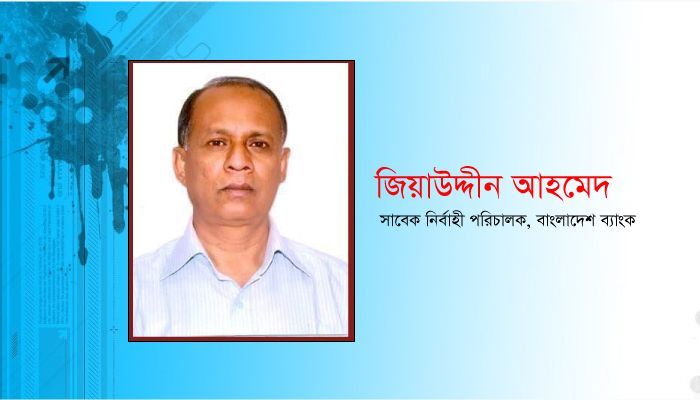 There is a tendency in Bengali society to exaggerate everyday issues. In politics, dramas of excess and exaggeration are constantly staged and the public gets a lot of wrong messages. Of course, it is also true that a little extra sometimes enhances beauty, sometimes is considered essential.

Although the collar of the shirt is considered extra, it is necessary to wear a tie in a cold country. Accidents are caused when the speed is stopped suddenly, so the runner has to catch a little behind the destination, this extra distance is essential. That is why exaggeration is not good in everything. We all know how many adjectives are used when introducing a special guest, the chief guest of the ceremony, especially the words or titles used in the identity of the Wazi Hujur which have some meanings and some do not.

Most of the time there is no level of emotion; but if it is not controlled with intellect and wisdom, there is a possibility of danger. Many times people are driven by sudden good feelings and bad feelings. Although the stability of emotions is short-lived, many people lose consciousness and behave abnormally. Lack of knowledge, lack of sense of moderation is the reason for the incarnation of extra things - it is called hyper-drama. The artistic quality of literature is also ruined by the dialogue arranged with extra emotion, the addition of events. At the end of the tragic story, death is very dramatic. Hanging ten calendars in a room instead of one no longer matters. But even if the books are scattered randomly in the room instead of the calendar, it doesn't seem extravagant. The format of the subject, however, varies from person to person. However, despite the differences in taste, some of the extras always seem ugly or audible to everyone.

The pushing of the leaders and workers while giving bouquets to the shrines of the late political leaders is indicative of vulgarity. Ordinary workers may be eager to make an appearance in the media, but what makes established leaders so hesitant. When a party leader gives a speech, other leaders push him to stand behind him. When US President Joe Biden gave the vaccine, only Joe Biden and the vaccinating nurse were seen in the scene. On the other hand, a group of people growled while our health minister was vaccinating. Why just a minister, any local leader is seen pushing their flatterers even while getting vaccinated. Many are seen to help when releasing fish in the pond when planting trees when watering after planting; but when you see the activities of the leaders and workers while giving relief, it becomes difficult to keep a smile on your face.

The nature of Bengalis is strange. Crowds of Bengalis flock to see the scene of cleaning sewers or spraying mosquito repellent, on the eve of eviction of illegal installations, or digging holes in road repairs. This is the Bengali who prevents bad breath with his nose and hands while passing through the dustbin again. Crowds go to the streets to see how the police chase away people who have wandered around unnecessarily during the Corona. If there is a fire somewhere, the fire truck cannot rush to the spot due to the unwanted crowd. Hundreds of people are killed as soon as someone points a finger at someone suspected of being a thief or a snatcher, no one has any interest in judging. A few years ago, some people along with their motorcycles were set on fire in front of the Motijheel Biman office on suspicion of hijacking.

If there is no knowledge about rationality, there will be an exaggeration. On any occasion a chair is large and high; That chair is for the chief guest. That chair is again covered with a huge towel. If there is no such decoration, the chief guest will be disappointed. Such a contrasting scene on the same stage is insulting to others. However, Bengalis feel less insulted. Officers in the office also put towels on their chairs, which is a bigger towel than the older officer. It is not possible to say exactly when this obscene practice began. Such towels also show oil stains on the scalp and fat stains on the hands. Seeing the chairs of some leaders or bureaucrats, it seems that they all want to prove the superiority of their position with big and strange chairs.

Excessive affection, love also produces annoyance. A long time ago, some foreign guests of Bangladesh Bank moved from Sundarbans Hotel to another hotel because the hotel authority was showing too much caring to the guests. With extra surveillance, twenty-four hours of searching, love also ends. Excessive brushing of teeth can lead to tooth decay, excess food can lead to fat accumulation, and excess vitamin C can lead to various problems. Excessive praise also corrupts politics. Although the Speaker repeatedly urged him to come to the main point, many MPs do not do so. The reality is, the exaggeration of attention can produce annoyance. Exaggerated praise leads to flattery. Excess means artificial, adulterated, or unnatural. Excessive fear, extra courage, excessive contempt, excessive flattery mentality is a unique feature of the Bengali nation. It is important for both the admirer and the admired person to have the talent and courage to verify the truth-false, right-wrong. The expectation of all of us is that the educated Bengalis should increase their ability to give up everything extra, the culture of flattery should be stopped and the culture of praise should be introduced.