Save Tigers, Save Biodiversity 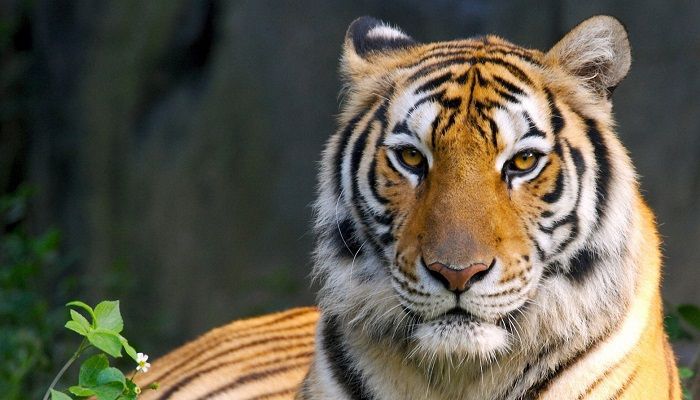 ﻿﻿﻿﻿My mother often used to tell the story of a tiger in my childhood when I fell asleep and it seemed that the tiger is a ferocious animal. Even today, some neighborhoods are fed their kids and put to sleep by telling such horrible stories. However, the number of tigers has decreased in the world rapidly. Maintaining balance is important for the survival of every creature living on earth.

We are dependent on each other. Many animals in the world are under threat of existence today due to various reasons including natural disasters. Throughout the ages, many species of animals have disappeared from the earth. It started with giant dinosaurs. Unable to sustain their existence, they have taken place in the pages of history today.  Now the tiger is one of those animals that are fighting for its existence.

Today, tigers are on the verge of extinction due to a lack of proper habitat and hunting. Every year we observe World Tiger Day on July 29. When I hear about the tiger, I think of the Royal Bengal Tiger. These are special in the whole world. There are several species of tigers in the world. The Royal Bengal Tiger of our country is incomparable in beauty. It lives in our heart Sundarban.  It is wonderful to see the animals in the stripes.

The Sundarban is also losing its livability for various reasons.  Moreover, due to the lack of food for carnivores in the forest, tigers occasionally attack the locality. Sometimes it is killed by the villagers or natural calamity. There comes a time when the story of feeding the baby tigers as a child is just a story. They can no longer see the tiger except in Zoo. Tigers are now identified as endangered animals in the world.

The first World Tiger Conference was held in 2010 in St. Petersburg, Russia.  Even before that, naturalists were concerned about the existence of this animal.  The issue has come to the fore since the conference. The idea of ​​saving the tiger developed in everyone. The St. Petersburg conference set a goal of doubling the world's tiger population by 2022.

Several organizations are also campaigning to achieve that goal. There are 13 countries where tigers survive now. The countries are Bangladesh, India, Indonesia, China, Bhutan, Nepal, Myanmar, Thailand, Malaysia, Cambodia, Laos, Vietnam and Russia. There are currently five species of tigers.  These are Royal Bengal Tiger, Siberian Tiger, Sumatran Tiger, South China Tiger and Indo China Tiger.  All five of these tiger species are in a crisis of existence.

Our country is one of those countries which have tigers. The question is how long it will last.  At least today it is completely countable. We don't want any animal to get lost or extinct from nature.  Although the number is already getting longer. In 1986, the United Nations banned the trade in tigers or tiger organs as endangered species.

However, the existence of tigers is under threat in our country due to poachers. According to the data, in the last 32 years from 1980 to July 2012, 67 tigers have died in the Sundarban and its surrounding areas due to various reasons. Different species of tigers are rapidly disappearing from world nature and it creates a critical situation in the ecosystem.  According to a survey in 2018, the number of tigers in Bangladesh is 114.  As of 2013, there are an estimated 4,000 tigers are exist worldwide.

One hundred years ago, in 1900, the number of tigers was one lakh. In these hundred years,    tigers are on the line of extinction.  Bangladesh is one of the 13 countries where tigers are still surviving. There is a food chain in the forest. Naturally, this chain is regulated. This chain is disrupted by environmental disasters or man-made causes. The greedy and dishonest merchants Tried to kill the tigers and then the tiger's limbs were sold at inflated prices.

However, due to the strictness of the law, this rate has come down gradually.  In addition, when there is a shortage of food in the forest, the tiger is forced to leave the forest and come to the locality. The size of the forest is decreasing. The tiger's habitat is being destroyed. They have lost their habitat and are running here and there in that locality.

There was a time when people knew those who hunted tigers as brave!  Hunting tigers the identities of these fancy and brave people hung on the skin or other limbs of the hunted tigers as a sign of restraint.  But people didn't realize that once upon a time people had to celebrate the day to save this tiger. We compare bravery with a tiger.

Tigers are the main regulators of forest biodiversity, food chain and ecosystems. Every animal plays an important role in this control. At some point or another, people also come into these cycles.  Humans are not excluded if the existence of every animal is threatened.

Because losing a species from nature means having an adverse effect on nature.  And man has the ability to fight nature temporarily but man cannot deal with that problem permanently.  So the environmental chain must be protected.  Let's all be active in protecting the existence of tigers worldwide.