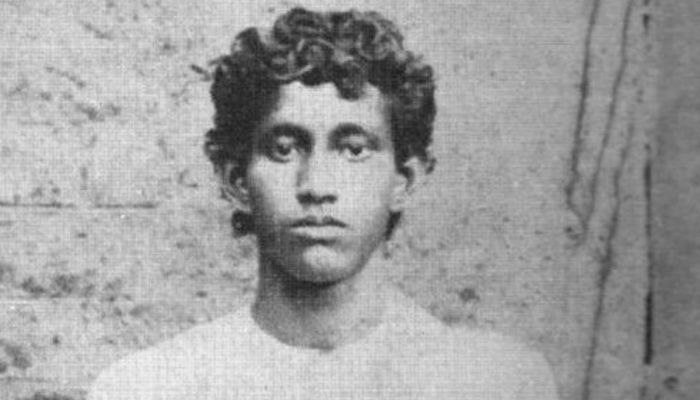 There were some revolutionaries who had played a leading role in the struggle for liberation from the British rule for nearly two hundred years and sacrificed their lives in the fight against the oppressive British standing at gunpoint. One of the notable names of those revolutionaries is  Shaheed Khudiram Bose. A teenager whose dream was to free his motherland from his childhood and who had patriotism in his heart. The boy who was sentenced to death by hanging and one of the youngest martyr of the Indian independence movement. This brave boy knew his possible consequences. But this teenager never hesitated to liberate the country despite knowing that he would have to face sorrow, hardship, danger, and even death.

In the history of Bengal, after the fall of Nawab Siraj-ud-Daulah, the Bengal lost its independence and began the rule of the British. Many patriots had given their lives to bring independence from British. After Khudiram's execution, it was published on 12 August 1907, in the Amrita Bazar, one of the prominent newspapers on that time mentioned that Khudiram’s execution took place at 6.am. He walked to the gallows firmly and cheerfully and even smiled when the cap was drawn over his head. 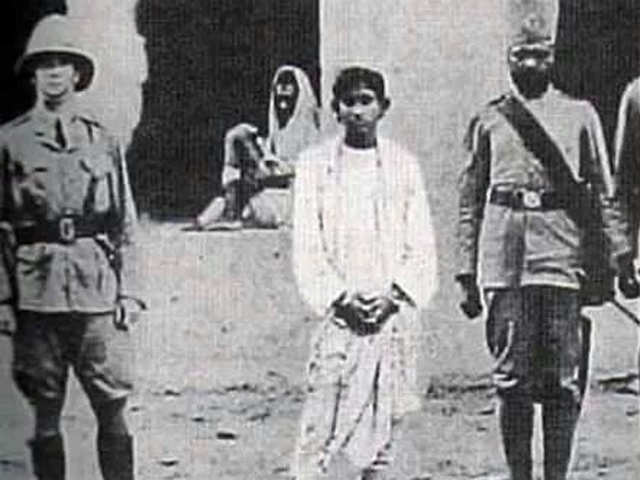 Shaheed Khudiram Bose taught us how to accept death with a smile for the sacrifice of the country and nation. Khudiram's firm mind is also proof of how brave he was at the age of nearly eighteen. The famous song composed remembering his memory, “Ekbar Biday De Ma Ghure Aasi” - flows in the hearts of people today.  Rebel poet Kazi Nazrul Islam also wrote poems remembering him.  Khudiram is still present in this Bengal and the world’s revolutionaries.  Every brave patriotic teenager is a Khudiram today.

Today we are known as an independent nation. But many lives had to be sacrificed to be independent of the British and later from the Pakistan rules. Heroic men and women have come forward to free the nation from the oppressors who dreamt of an independent country. At the time of British rule on the Indian subcontinent, many agitators for the liberation of India started a movement to liberate India from the rule of the British. Adolescents, youth, men, and women have all made this movement. Masterda Suryasen, Pritilata Waddedar, Shaheed Shaheed Titumir, and many more revolutionaries were born and put on the gallows smiling on the verdict of the British rulers. Khudiram Bose was born on 3 December 1889 in a tiny village in Medenipur district under West Bengal.  Father Trailokyanath Bose and mother Lakshmipriya Devi.  There is also a short history behind the naming of Khudiram.  He was the fourth child after giving birth to three daughters.  He gave her to his sister in exchange for three handfuls of food grains (locally known as Khud) as soon as he was born as his two sons had died before he was born.  From this his name is Khudiram.  When his parents died in 1895, his elder sister Aprupa took care of him and admitted him to Tamluk’s Hamilton high school.  It did not take long for the consciousness of India’s freedom in him. He was motivated by the speech of great freedom fighters namely, Rishi Aurobindo Gosh.  Khudiram was first caught by the police while distributing the revolutionary magazine 'Sonar Bangla' at an agricultural and industrial fair in Medenipur in March 1908, but he managed to escape from there.  From then he gradually took part in the various anti-British movements. When his elder sister’s husband had faced difficulty in government service due to his involvement in the ‘Swadeshi’ movement, he was given shelter by the sister of Syed Abdul Wazed, a lawyer from Medenipur.  At that time the name Kingsford was hated by the Bengalis.

Due to the harsh punishment and repression of the activists of the anti-Partition and Swadeshi movement, the Chief Presidency Magistrate of Calcutta, Douglas Kingsford, became hatred. That day was August 11, 1908.  The Indians lost a brave patriot son of Bengal.  On April 30, 1908, he went to kill the tyrant Kingsford in front of the Muzaffarpur European Club in Bihar.  Another patriot Prafulla Chaki was with him.  But fate did not help.  They were not in the car. Two English women died instead. The two revolutionaries wanted to flee their own streets.  But Prafulla Chaki eventually committed suicide with a revolver he had with him after fighting. He shot himself in the mouth. Khudiram Bose was arrested. He was brought from to Muzaffarpur on may,1. The next day the English daily “The Statesman” wrote- The railway station was crowded to see the boy. A mere boy of 18 or 19 years old, who looked quite determined. He came out of a first-class compartment and walked all the way to the phaeton, kept for him outside, like a cheerful boy who knows no anxiety…… on taking his seat the boy cheerfully cried ‘Vandemataram’. The judge sentenced him to death. Corndoff.  He asked Khudiram, "Do you understand that you have to die by hanging?"  In reply Khudiram said, I understand.  The judge asked the question after seeing the unwavering smile on his face. The judge was then unable to understand that there is no difference between life and death to the one who has combined death with life.  Khudiram has taught us how easy it is to accept death for the country. Khudiram Bose was a brave patriot. We respect him and never forget his sacrifice for independence.