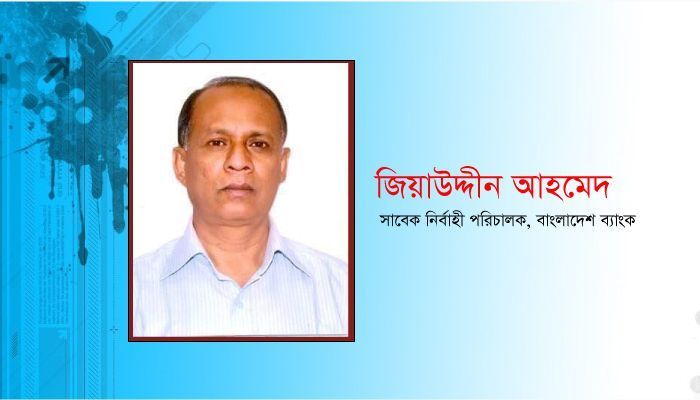 In order to perpetuate the colonial rule, the West Pakistani rulers adopted a policy of keeping East Pakistan economically weak and dependent. Such a weak economic infrastructure was also destroyed in the war of liberation. Post-1971 Bangladesh had a devastated economy. Most of the roads, bridges and infrastructure were destroyed in the war; just before the surrender, the Pakistani army destroyed houses, roads, bridges, culverts, offices, courts, shops, seaports and railways.

After independence, Bangabandhu took various plans to make the country self-sufficient and prosperous. No house, no clothes, no food, and no money- just wailing all around. The only source of relief for the Bangabandhu government was 1 billion US dollar grants received from various international organizations and countries for rehabilitation.

Due to broken roads and inadequate transportation systems, it was not possible to reach different parts of the country. It took about a year and a half to remove sinking ships and clear mines at the ports of Chittagong and Mongla. History says two Soviet Russian experts were killed in this post-war cleaning mission. As a result, no foreign ships could dock at the seaport for a year and a half; it was not possible to start industries as the import of raw materials from abroad was stopped. Not only was there a shortage of raw materials in the factory, but there was also no supply of electricity. It took Russia a year to rebuild the destroyed substations. After the operation of the port and power sub-station, the import of raw materials and supply of electricity started, and when the production started, trade and commerce with the world also started. Realizing the importance of seaports, Bangabandhu's government took steps to modernize them by installing cranes and other ancillary equipment in the two ports and the newly formed Bangladesh Shipping Corporation set sail with 19 ships.

Although a central bank called 'Bangladesh Bank' was established in independent Bangladesh, it had no money of its own, no foreign currency, no gold or silver. As Bangladesh did not have its own printed currency, the transaction had to be kept in Pakistani Rupee with a 'Bangladesh' seal. However, the Pakistani army did not leave their printed money intact, but took out the money from the central bank vault and set it on fire. The financial poverty of the newly independent country's banking system was so great that foreign banks were skeptical of their ability to repay their debts, so the assurance of repayment of foreign banks in the LCs set up in the domestic banks became essential. While it was possible to launch a few flights on domestic routes, there were no flights of their own on international routes until a Boeing was collected. Bangladesh did not get anything from the Pakistan period as Pakistan refused to share the various assets acquired during the Pakistan period, but Pakistan collected its dues from India in 1947.

During the reign of Bangabandhu, the price of fuel oil suddenly increased several times in 1973, causing instability in the world market. Due to abnormal inflation, the price of edible oil, fertilizer, wheat, rice and other daily necessities increased several times. On the other hand, production was almost halted during the war years, and full cultivation could not be resumed in the year after independence as communication could not be fully restored. Bangabandhu declared that not even an inch of land could be left fallow to ensure food security in the face of such an adverse economy. Called for a green revolution; At the call of Bangabandhu, not only the peasant society, but people of all walks of life jumped into agricultural production. When I came to study at Dhaka University in 1974, I saw a ceremony of vegetable cultivation next to every building in the government colony of Dhaka, I saw the cultivation of golden paddy in Suhrawardy Udyan. Bangabandhu's government took various initiatives and programs to make the country self-reliant in the agrarian economy, arranging for the supply of almost free pesticides and fertilizers with subsidies. In the budget of Tk 786 crore announced in the financial year FY 1972-73, the highest allocation for the agriculture sector was Tk 100 crore.

Bangabandhu established the Rural Development Academy in Bogra with the aim of developing the rural economy. In the first five-year plan, the principles of Bangabandhu's village project for the development of agriculture were to increase production, balanced distribution, employment and overall development of the village. Bangabandhu set the maximum limit of land ownership at 100 bighas. He waived the rent of up to 25 bighas of land and started year-round crop production through irrigation. To provide interest and encouragement to the farmers in the field of agriculture, rewards were introduced at the national level and loans were distributed among the farmers at low interest rates. In the second revolution initiated by Bangabandhu, as part of an integrated program for the modernization of agriculture, there was talk of cultivating land by raising the isle of land in a cooperative manner, but individual ownership of land was kept intact. 100 food warehouses were set up in 1972 to ensure emergency food supply. Tax is levied on salt.

Bangabandhu adopted the policy of nationalizing the industrial enterprises left behind by the Pakistanis as well as creating an environment for investment in private enterprise. But in this case Bangabandhu set the maximum limit for capital investment so that state wealth would not accumulate in the hands of a few people like in the Pakistani period. But private investment not only lacked capital, it also lacked skilled entrepreneurs. Because trade, commerce, industry, banking and insurance were all controlled from West Pakistan, there were not many entrepreneurs and skilled managers in the Bengali society and there were no opportunities. As a result, the state-owned factories were not functioning properly due to a lack of skilled and experienced manpower.

Bangabandhu promised to build a self-reliant Bangladesh. But he had only three and a half years to rebuild the country; this period was very short in rebuilding war-torn Bangladesh. Corruption has been promoted more than what has happened. Competition for insufficient products was not too unusual compared to demand. There were conspiracies all around to defeat Bangabandhu's government - Bangabandhu's tireless work to lay the foundation of the economy on the one hand, and the politics of the Naxalites in Calcutta on the other. In an import-dependent economy, it became difficult for the Bangabandhu government to prevent the burning of exported jute, the violence of hoarders-profiteers-smugglers, the anarchy in the distribution of subsidized food, etc. Apart from various conspiracies within the country, several Muslim-majority countries in the Middle East, including the United States, China, and Saudi Arabia, have taken hostile positions against the existence of Bangladesh. The United States helped create a miserable famine in the seventy-fourth century to prove Bangladesh as a failed state. Murder, terrorism, bank robbery started all over the country due to their joint secret activities. In the midst of so many limitations and unfavorable environment, Bangabandhu started the war of building the country and formed the Planning Commission with the top economists of the country.

Within three and a half years of independence, he was able to realize the potential of Bangladesh's prosperity; but before the implementation of the planned economic policy was completed, he was brutally killed. If Bangabandhu had not been assassinated in a domestic-foreign conspiracy, the positive change in the socio-economic condition of not only the rural economy but the whole of Bangladesh would have been even faster.

The write is a Former Executive Director, Bangladesh Bank