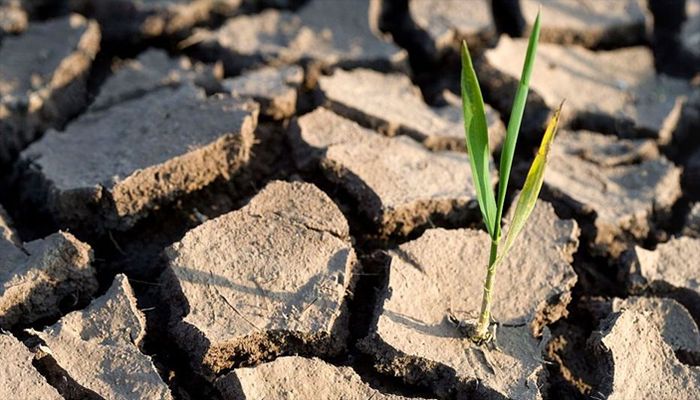 ﻿﻿Climate change and its impacts have been the most discussed issue in the last decade.  Nature and life are linked inextricably. When nature is destroyed, it also affects life. The natural chain, as we know, is related to climate change. We receive our foods, shelters, medical supplies from nature. Man has destroyed nature indiscriminately and as a result, nature is retaliating.

Nature itself is changing its position which is affecting human life and livelihood. At different times of the year, natural disasters, various diseases, and disorders are engulfing the world. Although there are commitments to protecting the natural order given by the world leaders, the initiatives are not going as fast as they should be.

Deforestation and many other suicidal activities in the need of development make such a situation. In recent times, there have been terrible natural disasters in different parts of the world.  Cyclones, hurricanes, floods, droughts, heatwaves, thunderstorms, torrential rains, etc. are faced people to death.  Where nature is supposed to protect us, on the contrary nature has become the cause of our destruction today.

Floods in Europe have killed at least 205 people so far.  Of these, 163 died in Germany and 32 in Belgium. In addition, the monsoon rains have caused severe floods in China in recent times. The locals have never seen such heavy rain. Canada has the highest temperature recorded in the country's history.  The temperature was recorded in the village of Lighton in the state of Colombia. There has been a forest fire caused by a sudden thunderstorm with intense heat.

More than seven hundred people have died in the scorching heat.  In the three Indian states of Uttar Pradesh, Madhya Pradesh, and Rajasthan, sixty-eight people have died in a single day.  Floods and landslides have killed at least 160 people there in recent times. Turkey is burning in the forest fire.  Despite many attempts, the fire is not going to be controlled. These are natural disasters that suffer us. The effects of climate change are now being felt every day somewhere in the world.

UN scientists have been warned about the effects of climate change in a research report recently. Sea levels are to rise by up to two meters by the end of the century if global warming continues by us.  This report describes details how global warming will change the world in the coming decades.  Rising temperatures, rising sea levels, and the melting of polar ice have all effects on climate change badly.

It was so important to balance between nature and environment with life. This noxious activity for a long time transforming the environment into this pathetic situation. If we are to survive, we must protect nature first.  Natural resources need to be conserved for the sustainable security, food discipline, protection, and preservation of human civilization.

Trees are the fundamental elements of nature.  The man continues to cut down trees for the sake of the development of civilization.  Where we have to plant billions of trees to save the world today, we are cutting down trees randomly. A tree is important not only for humans but also for many other animals in nature.  All the elements of the environment like water, air, soil, and noise are being polluted severely. As a result, we faced multi-problems. There is no reason to think that suddenly they will change themselves. People do not stop using polythene, deforestation, urbanization without implementing an effective plan. People can try to cope with the changing trend of climate.

The number of wildlife around the world has dropped by more than two-thirds, according to a report by the Worldwide Fund for Nature. This number has decreased in less than fifty years.  If people only want to survive on this planet then it will be a great mistake because one element of nature cannot exist without another. This is how natural order has been established. In the last 20 years, natural disasters have increased dramatically due to changing weather in the world.  It has caused a lot of damage to the people as well as the economy.  According to a report by the United Nations, the world is becoming an uninhabitable hell for billions of people due to the increasing number of natural disasters.

According to the United Nations, heatwaves and droughts have become the biggest threat to the world in the next decade. A report released by UNDRR warns that the planet is slowly turning into an uninhabitable hell for billions of people due to the failure of world political and business leaders to take effective action to mitigate the effects of climate change.

The destructive activities that we have done for our own apparent survival and happiness are threatening the human and the whole earth. For the next few decades, we have to fight against this change. People are now looking for alternatives to the use of fossil fuels. It is not so easy to fully implement, that is, to stop using fossil fuels over the night. It is directly linked with our development. But we have to think about alternative powers like sun, water or wind.  Fossil fuels are largely responsible for global warming.

Our country does not have the required forest. So we have to plant trees personally, socially, and nationally. Bangladesh is one of the countries that will face the most critical situation if the sea level rises.  A large number of people will be shelterless.  These homeless people will search for their shelter in towns in need of life and livelihood. This will create multifaceted problems.  Changes in nature are changing our food chains, habits, and lifestyles.

Climate change is increasing the supply of potable water in coastal areas. Realistic planning with implementation is needed to save nature. If we do not change our tendency of cruelty to nature, we will have to suffer the consequences in the future.  The World Climate Conference COP-28 on Climate Change will be held this year.  But many promises have not been yet implemented even today. Industrial development will be faster than before but there is no alternative to reducing the use of fossil fuels.