Implement 'Half Pass' in Public Transport 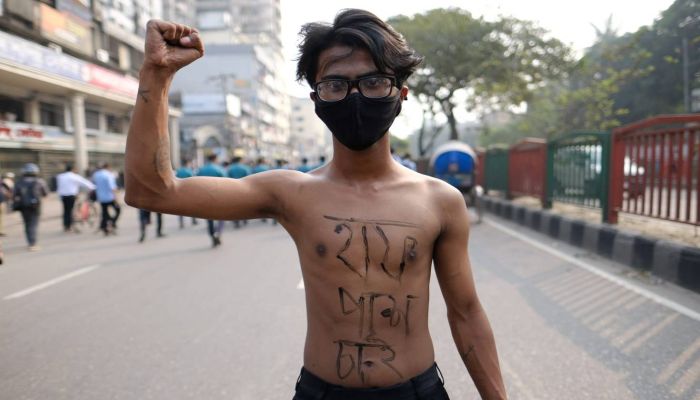 ﻿Students of various educational institutions in the capital have started demonstrations demanding 'half pass' or half fare in public transport. The students demanded half the fare for them in the context of increased bus fares due to the rise in oil prices this month.

In many countries of the world, including neighboring India, students get 'discounts' in various fields including transport fares. There is no chance to avoid the question of why the students of our country will not get this facility.

The issue of half-pass claims is also not new. One of the 11 points announced by the Sarbadaliya Chhatra Sangram Parishad in January 1969 was to keep half the fare for the students. After the movement, even Yahya Khan was also forced to issue military order for implementing half the fare in public transports for the students. Concerned parties say that even if there is no legal basis, the half fare is the right of the students. Students have exercised that right by demonstrating during the rule of Pakistan.

A few years back, the conductors would realize half-fare if the students showed their identity cards of the educational institutions on the bus; but in the last few years, especially in some seating services in Dhaka city, there is a tendency to not keep half fare. Unpleasant incidents have occurred several times in this regard, in the context of which the issue of half fare was also among the 9 point demands of the students in the 'Safe Road Movement' in 2016. Even then, the controversy over this half-rent did not end.

The government has increased the number of facilities for students by emphasizing education, but an important issue like transportation could not create any favorable conditions for them. Most of the students are children of the lower class, lower middle class, and middle-class families. As the cost of living has increased, so has the cost of transport. Considering how difficult it is for a lower middle-class student to spend two thousand taka or more per month just to get to and from the educational institution, it demands consideration.

Although Road Transport and Bridges Minister Obaidul Quader verbally directed the implementation of the half-pass; But there is currently no written law in this regard. No decision has been taken in the cabinet. The Road Transport Act also does not mention half fare. In almost all countries of the world, the government has agreements with private-public transport. In this regard, the government has to formulate policies and laws.